RTÉ Sport and BoyleSports have announced an extension of their partnership for coverage of racing across television, radio, online and mobile.

The deal represents a continued investment by BoyleSports in RTÉ Sport’s racing coverage - an agreement which initially began in 2014.

RTÉ broadcasts 24 days of live Irish racing coverage on television each year, featuring the great racing days from all the major festivals, with live television coverage also simulcast on RTÉ Player within the Republic of Ireland.

The major festivals, including Punchestown, Galway and the Christmas Festival at Leopardstown, will be broadcast live, as well as the biggest races of the year: the BoyleSports Irish Grand National, the Irish Champion Stakes and the blue riband event of the flat season, the Irish Derby.

RTÉ and BoyleSports will also continue to develop innovative integrations between live television and mobile applications. 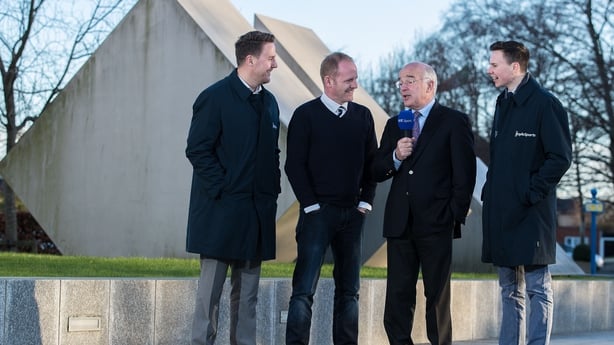 Chief executive of BoyleSports, John Boyle, said: “We are thrilled to announce BoyleSports will once again be sponsoring RTE’s horse racing coverage across all platforms for 2017. We are very committed to Irish sport and this partnership with RTE, cements BoyleSports position as the biggest supporter of Irish racing.

“We are proud to sponsor the jewel in the crown of the Irish National Hunt season, the BoyleSports Irish Grand National.

“With the significant increase in prize money injected over the next three years, the total prize fund has been increased to €500,000 per year. Horse racing fans across the land can be assured of top class action both on the track and on the TV.”

Geraldine O’Leary, commercial director of RTÉ television, added: “We are delighted to be able to make this announcement with BoyleSports today. This continued partnership is a great endorsement of RTÉ Sport’s output and their powerful audience reach.

“Offering cut-through across all platforms under one brand is RTÉ’s unique offering to the market. Irish racing remains on terrestrial free-to-air television and Boylesports has secured a powerful association with Irish Racing across all of RTÉ’s market-leading platforms.”