Faugheen and Annie Power are among 10 entries for the BHP Insurance Irish Champion Hurdle.

Faugheen, winner of the 2015 Champion Hurdle at Cheltenham, was brilliant in the Irish equivalent at Leopardstown last January.

However, he was unable to defend his crown at Prestbury Park due to injury and has not been seen in competitive action since.

In Faugheen's absence, Annie Power was supplemented for a tilt at the two-mile hurdling showpiece at Cheltenham and ran out an all-the-way winner before following up at Aintree.

She has also not been seen on a racecourse this season, but like her stablemate has been given the option of running in the Grade One contest at Leopardstown on 29 January.

The Henry de Bromhead-trained Petit Mouchoir, a former Mullins inmate, was an impressive winner of Leopardstown's Ryanair Hurdle over the festive period and could return to the Foxrock track. 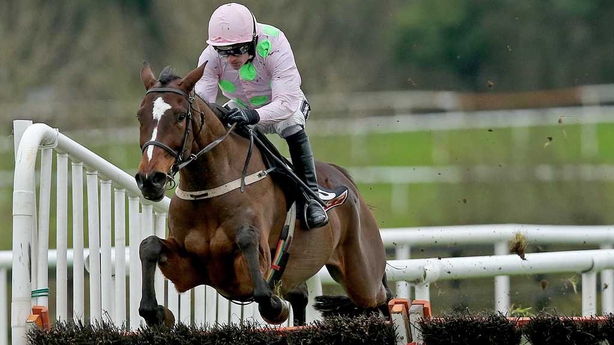 Mullins is also responsible for six of the 11 entries in the Frank Ward Solicitors Arkle Novice Chase earlier on the same card.

The perennial champion trainer has saddled five previous winners of the two-mile Grade One, with Un De Sceaux and Douvan the last two victors.

Heading this year's squad is Min, who has impressed in two chase starts to date, most recently running away with the Racing Post Novice Chase at this venue on 26 December.

Identity Thief could bid to bounce back to form for Henry de Bromhead after pulling up when expected to challenge Min over the festive period. De Bromhead has also entered Some Plan.

The Mouse Morris-trained Baily Cloud, Gordon Elliott's Ball D'Arc and Road To Respect from Noel Meade's stable are the other contenders.