The nine-year-old suffered a tendon injury while being prepared to run at Punchestown in April, but Elliott reports him to be making steady progress in his recovery.

Elliott is keen to give Don Cossack a relatively low-key return, with the Grade Two event at Gowran one of his preferred options at present.

He told At The Races: "I couldn't be happier with him. He's had 16 weeks cantering done now.

"Gerry Kelly, the vet, came to the yard the other day and felt his legs and said he couldn't be happier with him, so we'll keep our fingers crossed.

"I think the Kinloch Brae Chase at Thurles he won last year will probably come too soon.

"We might look at something like the Red Mills Chase in February. He will be entered in Leopardstown, but I'd prefer to keep it low key for his first run and maybe over a trip short of his best.

"We just want him to have a nice day out, coming back in one piece, and then go for the Gold Cup if we can." 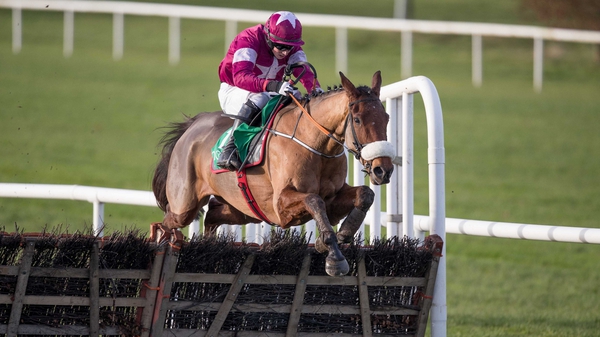