Connections of Vroum Vroum Mag are expecting a "big run" in the Bar One Racing Hatton's Grace Hurdle at Fairyhouse on Sunday.

Owned by Rich Ricci and trained by Willie Mullins, she is unbeaten for the Irish champion trainer since moving from France.

Vroum Vroum Mag has won six times over obstacles, including when claiming the OLBG Mares' Hurdle at Cheltenham before defeating Identity Thief in the Punchestown Champion Hurdle in April.

That last triumph came over two miles, but the extra half a mile this weekend is not expected to prove a problem.

"She was fantastic at Punchestown when she came in as the super-sub for Annie Power," said assistant trainer Patrick Mullins.

"To win a Grade One over two miles against the geldings was impressive, but I'd say this might be her ideal trip.

"We're hoping for a big run and while she is a little wrong at the weights with Apple's Jade and it is just her first run, we're happy with her."

"It would be great if she could add another Grade One." 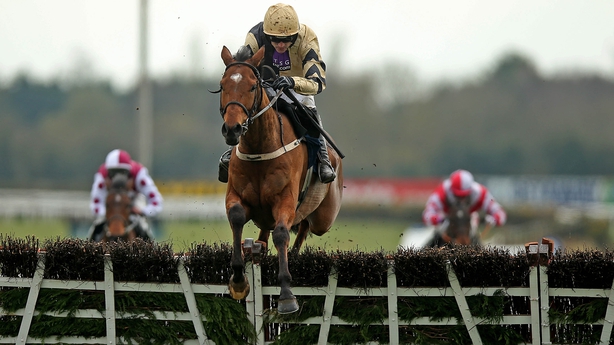 Mullins also runs Shaneshill, who can be expected to strip fitter then when beaten on his return in the Lismullen Hurdle at Navan.

"Shaneshill is another versatile horse and has been second at the last three Cheltenham Festivals," added Mullins.

"I know he was staying on in the RSA but I actually think this is his best trip. He took a blow on his first run before staying on again but he ran at a time when ours were generally in need of a run.

"He should be spot on and always runs his race."

A third string to the Mullins team is Whiteout, another Grade One winner.

Mullins said: "She was bought cheap out of a claimer in France and has won a Grade One when she beat Limini.

"Fair play to the owners for letting her race on. She could easily have been retired but we think there's more to come.

"I think her last run in France was just a case of it being at the end of a long season." 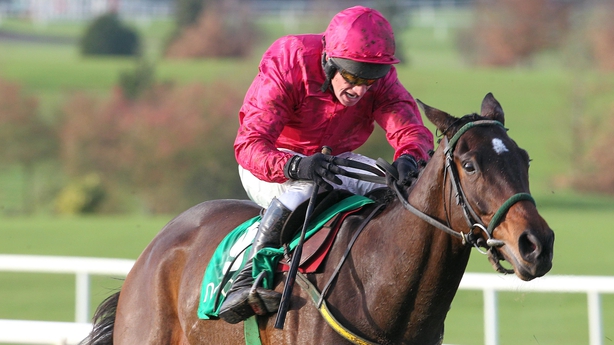 Noel Meade sends Monksland back over hurdles after a couple of mishaps over fences, but there is no doubting his talent.

"We've more or less decided he's not making progress over fences so we're bringing him back over hurdles with a view to maybe running him over three miles over hurdles," said Meade.

"We thought this was a good opportunity to give him a run.

"We just didn't think he cut the mustard over fences. He was making mistake after mistake so we decided we'd make the change.

"We're not under any illusions. If he runs well, we'll be happy."

Triumph Hurdle winner Ivanovich Gorbatov will need to step up on his two runs so far this season for Joseph O'Brien.

"He was disappointing on his first run back, but showed a bit of spark the last day at Punchestown and I expect him to improve a bit from that again," said owner JP McManus' racing manager Frank Berry.

"Everything's been good since then. It's very competitive, but if he runs a good race we'll be pleased."

Apple's Jade, formerly with Mullins but now with Gordon Elliott, only ran last week at Newcastle, when narrowly beaten in the Fighting Fifth, and her participation is not certain if the ground is deemed too fast.

"We won't want it too dry but she seems to be in good form and came out of the race well so we'll see what happens," said Elliott, who also runs Dedigout.