Future plans for Annie Power and Faugheen are up in the air after Willie Mullins was forced to rule two of his superstars out of Sunday's StanJames.com Morgiana Hurdle at Punchestown.

Faugheen was a brilliant winner of the 2015 Champion Hurdle at Cheltenham, but was unable to defend his crown last March after suffering injury following his stunning display in the Irish Champion Hurdle at Leopardstown two months earlier.

In his absence, Annie Power was supplemented for the two-mile showpiece and proceeded to make every yard of the running as she became the first mare in 22 years to claim Champion Hurdle glory.

The pair were among seven Mullins entries for this weekend's Grade One feature, but neither were declared.

Mullins said: "Annie worked bad during the week. I just wasn't happy with her and I want to see how she is over the weekend.

"Faugheen has a foot bruise and we can't do anything with him until that clears up.

"It's bad timing, (but) hopefully it's not anything more than that."

The champion trainer confirmed the next option for the duo is the Hatton's Grace Hurdle at Fairyhouse on 4 December, but said he would "doubt" both would line up.

"Let's see what happens. I'm just concentrating on this weekend," he added.

Despite the absence of Annie Power, Faugheen and Vroum Vroum Mag, Mullins is responsible for three of the five runners as he searches a sixth consecutive victory in the Morgiana. 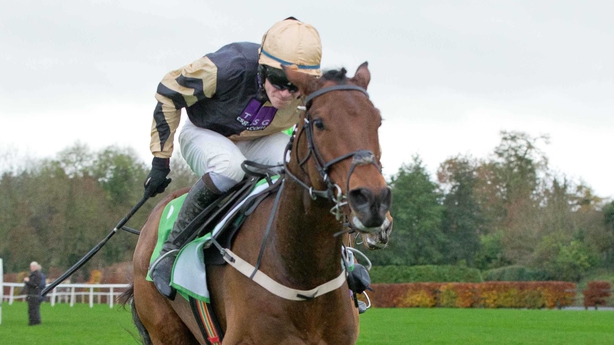 Heading the Closutton trio is Nichols Canyon, who struck gold 12 months ago when inflicting a shock defeat on the previously unbeaten Faugheen.

Mullins is also represented by Sempre Medici and Simenon.

The other two runners carry the colours of leading owner JP McManus.

Gavin Cromwell's star mare Jer's Girl is set to make her first appearance since securing her second successive Grade One victory at the Punchestown Festival in April.

Last season's Triumph Hurdle hero Ivanovich Gorbatov is sent into battle by Joseph O'Brien, but needs to bounce back from a disappointing reappearance at Naas a fortnight ago.

Punchestown's general manager Richie Galway admitted to being "slightly disappointed" by the defection of the Mullins big guns, but is nevertheless looking forward to a strong two-day fixture.

"Obviously the season has been slow to kick into gear because the ground has been unusually good, but it's really kicking off over the weekend with two great days of racing," said Galway.

"The Morgiana is the highlight of the weekend and I think it tells you where we've come that we're slightly disappointed not to have Faugheen, Annie Power or Vroum Vroum Mag.

The ground at Punchestown is described as soft and Galway does not expect conditions to deteriorate.
He told At The Races: "Winter is in - it's dry but cold.

"The forecast for the weekend is for it to remain relatively dry, I think we may get a shower or two this afternoon, but then dry on Saturday and Sunday with light frosts.

"We don't envisage any problems and I don't think the ground will change."