Joseph O'Brien would become the youngest winning trainer in Breeders' Cup history - and his brother Donnacha the youngest jockey - should Intricately prevail in the Juvenile Fillies Turf on Friday (10.50pm Irish time).

The daughter of Fastnet Rock provided the fledgling handler with his first Group One success since taking out a licence when she sprang a surprise in the Moyglare Stud Stakes at the Curragh in September.

It was also a first top-level success for 18-year-old Donnacha and the brothers will team up once more in California.

Joseph O'Brien (23) currently holds the record for being the youngest jockey to ride a winner at the showpiece fixture after steering his father Aidan's St Nicholas Abbey to victory in the Breeders' Cup Turf five years ago.

Asked about the tantalising prospect of making history once more, O'Brien said: "That would be seriously frightening, but we can dream it will happen.

"My first Group One with this filly in the Moyglare was very special and I wasn't totally surprised, because she had finished very close behind her rivals in her prep.

"I'm delighted by the way she has travelled over here and her work on the track has been good.

"It's a completely different task and until the day I'm not sure how much it will play to her strengths.

"I'm not worried about the ground, that will be fine, but I am concerned about the tightness of the track. It could be a problem, but let's hope not."

Aidan O'Brien is double-handed in the mile contest, with Hydrangea and Roly Poly both leading contenders. 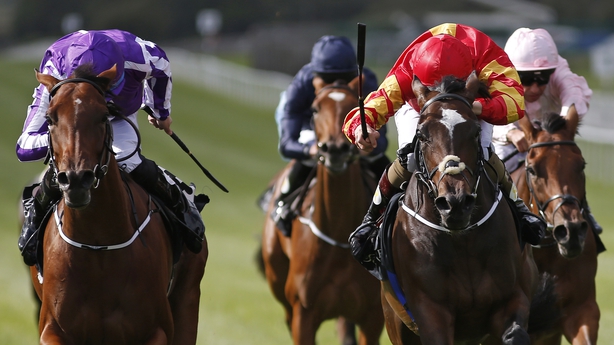 Hydrangea was runner-up to Intricately in the Moyglare before chasing home stable companion Rhododendron in the Fillies' Mile at Newmarket.

Roly Poly was last seen finishing a close second in the Cheveley Park Stakes and will be ridden by Ryan Moore.

"I'm in opposition to Joseph, but we are looking forward to it, the both of us," said the Ballydoyle maestro. "I think it's a big call for Joseph's filly, who probably hasn't done the racing our fillies have and I would certainly rather meet her here than at the Curragh.

"Joseph and Donnacha have always got on really well and have known nothing except horses since they were very small.

"Joseph will have thought everything through very carefully and we are not taking anything for granted."

Likely favourite Spain Burg is now trained in America by Kathy Ritvo, having won the Rockfel Stakes at Newmarket for Xavier Thomas-Demeaulte when ridden by Frankie Dettori.

The Italian is on board again and told his Ladbrokes blog: "Spain Burg is my big hope in the Juvenile Fillies Turf and if I'm honest she looks like my likeliest chance of a winner this weekend.

"Winning the Rockfel Stakes at Newmarket brought us here and she's such a likeable filly. The way she ran on at HQ shows you the step up in trip to a mile should be no problem at all.

"She's going in the right direction and I'll be gutted if she doesn't go well. She's ready to shine.

"She's had a good workout at Keeneland and she's adjusted to her surroundings well which is always a massive positive. I'm happy with the draw (stall four) as well so it's all systems go." 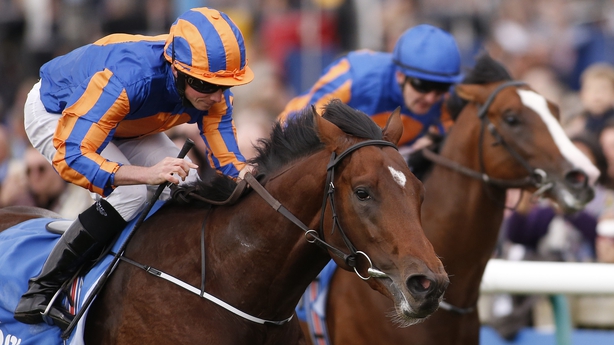 "Lancaster Bomber ran a huge race in the Dewhurst when he got fast ground," said O'Brien. "We always thought that he wanted further than seven (furlongs) and a mile should suit him. He also seems to be drawn well (stall one).

"He gets six furlongs well. We always thought he'd get seven but whether he'll get a mile we're not sure."

Dettori rides Simon Crisford's Rodaini, winner of his first four races but aiming to bounce back from a poor run in the Autumn Stakes at Newmarket.

"It's a race I've won three times so I've every confidence, but this is a really tough assignment with the home team looking very strong," said Dettori.

"That said, Rodaini didn't really get the chance to show what he's capable of in his last outing so I'd be willing to look beyond that run and hope for a better performance this time around."

In the Breeders' Cup Dirt Mile, Runhappy aims to follow up his win in the Dirt Sprint last year in a race in which Bob Baffert's Dortmund dodges California Chrome in the Classic by dropping in trip.

The star attraction in the Distaff is the Jerry Hollendorfer-trained Songbird, winner of all her 11 starts to date and red-hot favourite.