Tony Martin is already plotting a return to Australia next year after Heartbreak City was agonisingly denied by Almandin in the Emirates Melbourne Cup.

The Co Meath handler was proud in defeat after the six-year-old gelding, winner of the Ebor at York in the summer, came so close in the big race at Flemington.

But Martin now wants to attempt to go one place better in 2017 with a horse who did brilliantly well to even get in contention from a wide draw in stall 23.

He said: "The emotions were very high.

"I gave him all the pushing and shoving I could from the stands, but, unfortunately, it wasn't enough.

"Everything went to plan, everything was great, it's just a pity we didn't have somebody to tow us into the straight a little bit further.

"Other than that, everything went well - I couldn't be happier.

"If we have to lock him up until next year, he's coming back here next year, all being well."

Jockey Joao Moreira chose to focus upon the many positives after Heartbreak City turned in such a gallant display.

"He was giving the best of himself for a long way.

"You can't be disappointed with his run." 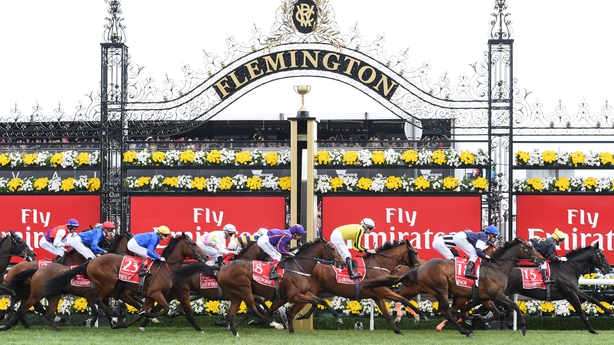 The other Irish challengers failed to make an impact on the race, with Aidan O'Brien's Bondi Beach coming home in 13th while St Leger winner Wicklow Brave Brave expended a lot of early energy by getting across from stall 24 and beat just two horses home for Willie Mullins.

Ryan Moore said Bondi Beach "was a bit disappointing", with Frankie Dettori of the belief that Wicklow Brave "raced flat".

Godolphin runner Secret Number, trained in Newmarket by Saeed bin Suroor, and Excess Knowledge jousted for the lead for a long way in what was a truly-run renewal of the two-mile affair.

The latter still held a slight advantage two furlongs from home, but Heartbreak City was soon on top of that rival and darted into the lead from off the pace.

A cut-and-thrust finale ensued, but Almandin found that little bit extra to provide both jockey Kerrin McEvoy and trainer Robert Hickmott with a second taste of Melbourne Cup glory.

Joint-owner Lloyd Williams is a ubiquitous presence upon the winner's podium and was claiming a fifth victory in the so-called "race that stops a nation". 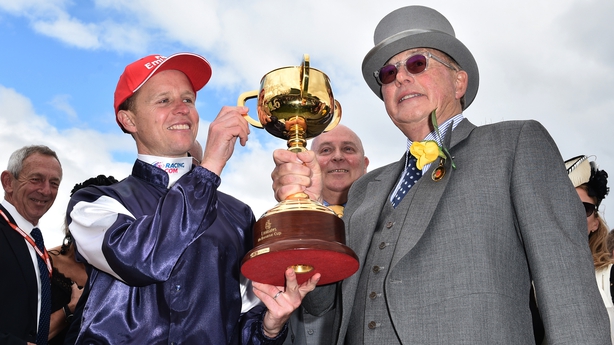 McEvoy, who won the Melbourne Cup with Brew in 2000, said: "How lucky am I? The elation is unreal.

"He has been well prepared and he travelled well.

"All we needed was a good run. The more I looked at it before the race, the more confident I got.

"It's a great buzz to get the job done. He's a great little horse.

"He's had his troubles along the way, but he's been very well handled.

"It's a dream come true. I love the Melbourne Cup."

Godolphin were responsible for five runners in their relentless pursuit to win the Melbourne Cup, with the locally-trained Hartnell third - some four and a quarter lengths away from the main protagonists - and Charlie Appleby's Qewy a staying-on fourth.

Big Orange, fifth last year, was prominent for a long way but he faded as the field charged for home and could only finish tenth for trainer Michael Bell and jockey Jamie Spencer.

Spencer felt "pace and weight" proved Big Orange's undoing as the wait for a British Melbourne Cup winner goes on.

Appleby was, however, much more upbeat about Qewy.

The Newmarket handler told www.godolphin.com: "Qewy's gone and run the race of his life.

"We came here without even being in the race, we won our way into the Melbourne Cup and we've done well.

"We've also learned a lot and we'll be back with a bigger team next year."

Jockey Damian Lane said: "She ran super. She threw her head up as the barriers opened and if she could have held her spot she might have been right in it."

The Appleby-trained Oceanographer came home in 12th place, but he was found to have been lame after the race, according to the Racing Victoria stewards.