Found will defend her Breeders' Cup Turf title rather than tackling the Classic at Santa Anita on Saturday.

Aidan O'Brien's Prix de l'Arc de Triomphe heroine was in contention for a stellar clash with home-trained hero California Chrome in the 10-furlong event on dirt.

However, connections have opted to tackle the 12-furlong contest she won last year when beating Golden Horn and the filly will start from from stall 10 of 13 in the hands of Ryan Moore.

Stablemate Highland Reel will be in 12 while Michael Stoute's Ulysses will be in seven with the David O'Meara-trained Mondialiste in six.

Charlie Hills' Dutch Connection will be alongside hot favourite and Queen Anne Stakes winner Tepin in the Breeders' Cup Mile. 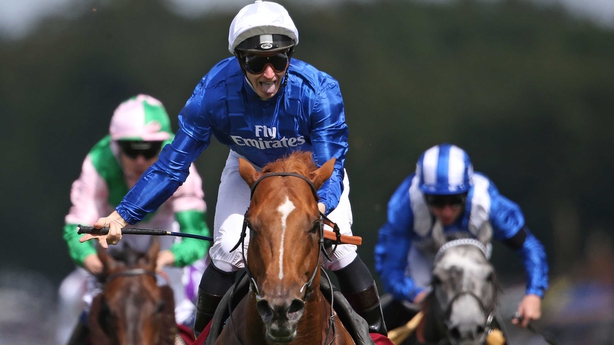 Dutch Connection (pictured above) will be in seven with Tepin in eight, while Henry Candy's Limato (10) and the O'Brien team of Alice Springs (2), Hit It A Bomb (12) and Cougar Mountain (13) will also be in contention.

Hugo Palmer has opted to send Home Of The Brave (four) for the Breeders' Cup Turf Sprint rather than the Mile.

O'Brien's Hydrangea faces a tough task from stall one in Friday's Breeders' Cup Juvenile Fillies Turf while stablemate Roly Poly is at the opposite side of the track in 13.

Joseph O'Brien's Intricately will be in seven in the mile event.

There is a strong O'Brien representation in the Breeders' Cup Juvenile Turf through Dewhurst runner-up Lancaster Bomber (1) and Intelligence Cross (8).