Found, who was partnered by Ryan Moore, led home Highland Reel and Order Of St George in a clean sweep of the 12-furlong showpiece for the Ballydoyle handler.

O'Brien jnr was not surprised to see Found triumph as he felt she had been unlucky when down the field in 2015, but he was amazed to see her two stablemates claim minor honours.

He said: "It was unbelievable and you couldn't imagine it could happen. 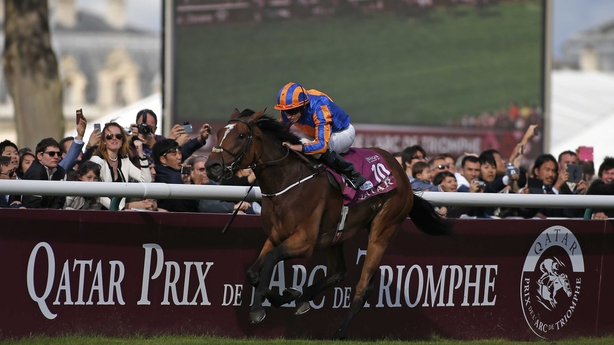 "She (Found) has been second in nine Group Ones and when things fall right for her she is unbelievable - Ryan gave her a great ride.

"She was a bit unlucky last year, but it was an Arc and every year there seems to be some unlucky ones."

"That's the reason Found was kept in training and that's the race she was kept for all along."