The Morgiana Hurdle at Punchestown and the Hatton's Grace at Fairyhouse are among the early-season options under consideration for star hurdlers Faugheen and Annie Power.

Faugheen suffered his only defeat in 13 starts to date in the Morgiana Hurdle last November, but after bouncing back with victories in the Christmas Hurdle at Kempton and the Irish Champion Hurdle at Leopardstown, he was set to return to Cheltenham as a warm order to successfully defend his Champion Hurdle crown before injury ruled him him out for the rest of the season.

In Faugheen's absence, the brilliant mare Annie Power was supplemented for the two-mile showpiece at Prestbury Park and produced a fantastic front-running display to break her Festival duck.

She rounded off her campaign with a similarly scintillating display in the Aintree Hurdle.

Both horses are now back in work with champion trainer Willie Mullins and his son and assistant, Patrick, reports the duo to be in rude health. 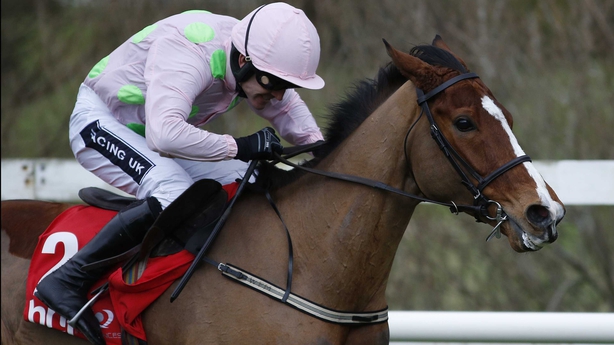 "Faugheen is back in and we don't think his injury will come back against him. We've had horses with that kind of small suspensory problem before and it's not a long-term thing. John Codd, who looks after him, is very happy," said Mullins.

"I would imagine that he will be going down that two/two-and-a-half-mile hurdle route. He can go out in trip to two-and-a-half and I suppose you'd be looking at the Hatton's Grace and Morgiana for the likes of him and Annie Power. They can go either way.

"She (Annie Power) looks fabulous and she put on a lot of weight over the summer.

"She is back in and I'd imagine that she will be kept to two/two and a half miles and will hopefully go back and defend her crown in Cheltenham."

Mullins also provided updates on some of the yard's top chasers, led by the incredible Douvan.

The six-year-old won each of his six starts over fences last season, including big-race successes at Cheltenham, Aintree and Punchestown in the spring.

The imposing gelding features in ante-post lists for races like the King George VI Chase at Kempton on St Stephen's Day and the Cheltenham Gold Cup, but Mullins does not expect him to step up to staying distances at this stage of his career.

He told The Irish Field: "Douvan has done very well and he is very relaxed. Rachel Robbins is looking after him now that Gail Carlisle has gone to America.

"It is just a question as to whether we stay at two miles with him this season or up him to three miles.
"He settles very well and you'd think that he could get three miles but he is so good over two miles, why change it?

"He looks great and like them all, he put on a lot of weight over the summer."

Earlier this month Jockey Club Racecourses announced the return of the Jockey Club Chase Triple Crown for the upcoming season.

Any horse who can land the Betfair Chase at Haydock in November, the 32Red King George VI Chase at Kempton on St Stephen's Day and the Cheltenham Gold Cup in March will pick up a £1million bonus and the likes of Djakadam and Vautour are possible candidates for the Mullins camp.

Mullins said: "I think the £1 million bonus is a great addition and, if you look back to Cue Card last year, it definitely added more interest to the Gold Cup.

"I think we'll campaign our horses, that if they are ready, they could run in that series of races, but we are not going to get the horses ready to run in it. We are still working back from March time.

"You'd imagine that he (Djakadam) will go back for the Gold Cup again. I think The Fellow was beaten in two Gold Cups and he came back to win one, so perhaps history may repeat itself.

"Vautour put on a lot of weight on his break and looks super. His run in the King George last year - where he didn't jump particularly well - was very good and that form is as good as there is out there.

"That is Gold Cup form and I imagine that it will be later this year when we'll see him back on the racecourse."

Un De Sceaux, who disappointed in the French Champion Hurdle in June, is set to revert to two-mile chasing this winter before potentially stepping back up in distance for the Ryanair Chase at Cheltenham next March.