Willie Mullins is in no rush to commit to future targets for Faugheen and Annie Power as his galaxy of stars begin to return from their summer breaks.

Faugheen, winner of the Champion Hurdle at Cheltenham in 2015, was set to go off a red-hot favourite to defend his crown at Prestbury Park in March following his devastating display in the Irish Champion Hurdle at Leopardstown, but missed the showpiece meeting and the rest of the season through injury.

In his absence, the brilliant mare Annie Power played the role of super-sub, making every yard of the running after being supplemented for the Champion Hurdle.

Mullins and owner Rich Ricci now face a familiar headache as they aim to split their aces.

"I think he had a stone bruise or something the other day, but he's back riding and his other injury is perfect.

"We haven't discussed anything (regarding future plans).

"Rich is lucky enough to have Faugheen and Annie Power and the way I look at it is maybe aim (both) for that (Champion Hurdle) and hopefully they'll still be standing by the time next March comes."

Mullins revealed some of his horses had not done as well during the summer as has been the case in previous years.

He told At The Races: "It was quite a wet summer. We had it very hot early on, but then it was wet and cold.

"You'd like to see horses coming back in a bit better (condition), but that was the weather and I think once they've had the break I'm not too worried that they come in not as strong as other years." 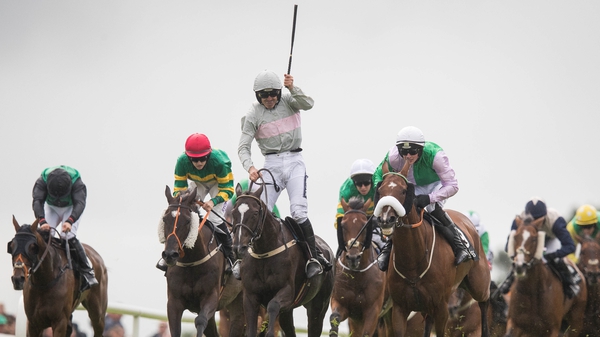