Briar Hill attempts to give his career a much-needed boost when he makes his fencing debut in the Latin Quarter Beginners Chase at Galway on Tuesday.

The Willie Mullins-trained eight-year-old will be having his first start since he was well held in the Grade Two Galmoy Hurdle at Gowran Park in January.

Briar Hill landed the 2013 Champion Bumper at the Cheltenham Festival and is also a Grade One-winning hurdler, but things have not gone smoothly for the Graham and Andrea Wylie-owned gelding since he suffered a fall in the Albert Bartlett Novices' Hurdle two years ago.

Restricted to just four starts under Rules since that tumble, connections are now hoping he can rediscover the winning touch by making a successful switch to fences.

Patrick Mullins, son and assistant trainer, said: "He is a horse with a lot of ability, but he got a very bad kick to the head when he fell in the Albert Bartlett, which just knocked him.

"He had a couple of starts the season before last, and it looked like we were getting him back, then he fell at Navan.

"The race just fell at the right time for him and he is ready to run. He is just starting to come right. We would be expecting a good run." 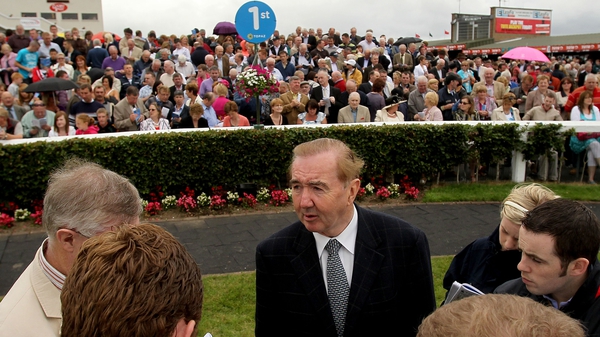