So Mi Dar maintained her unbeaten record with a scintillating display in the Tattersalls Musidora Stakes at York.

A daughter of Dubawi out of multiple Group One-winning mare Dar Re Mi, the beautifully bred filly made a successful debut at Windsor on her only start as a juvenile and beat the boys in the Derby Trial at Epsom on her return to action three weeks ago.

After being sent off the 4-5 favourite to complete the hat-trick, So Mi Dar travelled powerfully in the hands of Frankie Dettori before being asked to go about her business on the far side of the track.

Once asked to stretch clear, the market leader did so in hugely impressive fashion, leaving her rivals trailing in her wake. Fireglow, fourth in the 1000 Guineas, ran a fine race to fill the runner-up spot, but was four lengths behind the dominant winner.

Promising Run and Harlequeen were just behind in third and fourth respectively.

"She'll give me a good spin around Epsom," said Dettori.

"She's got what you require (for the Oaks) - she's got tactical speed, she travels, quickens and stays the distance.

"Now it's up to Minding (hot Oaks favourite). She's got to step up in distance - she's very good - but I've got a good one, also." 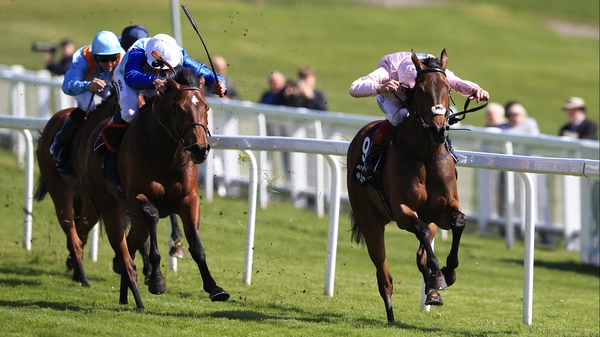 So Mi Dar to face six rivals in Musidora Stakes