US Army Ranger won the MBNA Chester Vase for Aidan O'Brien but was nearly caught by stablemate Port Douglas.

Favourite for the Investec Derby with some bookmakers before the race, whether he advertised his Classic credentials is up for debate.

Port Douglas attempted to make all under Seamie Heffernan and when US Army Ranger and Ryan Moore swept past the race looked over, but the former rallied to be beaten just a short head by the 4-11 favourite.

"When he got to the front he had a bit of a look, as the other horse came back he was just going to do enough.
"He's a baby, it's only his second run and he made his debut five weeks ago - he'll learn plenty.

"I was probably a bit too kind to him when he first went there and he's probably switched off on me.

"He didn't know how to fight and he'll learn a lot from that. Aidan's other horse isn't a bad horse, he's a Group Two winner carrying a penalty - they are both decent horses."

Port Douglas won the Beresford Stakes last season and was carrying a 4lb penalty so while that proved his class, it should also have made US Army Ranger's task a little easier.

Having travelled like the best horse throughout, Moore took advantage of the cut-away rail to sneak up on the inside of Port Douglas and the race looked over, only for his stablemate to rally to great effect.

O'Brien said: "It wasn't a strong pace early and we thought something wouldn't go one so Seamus would have to and his wasn't doing much in front.

"He probably learned a lot there. In an ideal world he'd prefer an end-to-end gallop.

"It's a race he'll probably come out of very well because they only raced hard for the second half of the race.

"We've another 10 days to go through with all the Derby trials, that would be the standout trial for me.

"We've some running at Lingfield and Leopardstown this weekend and then we'll have runners in the Dante."

The stewards looked into the running and riding of runner-up Port Douglas, interviewing both O'Brien and Heffernan, but no action was taken.

Andrew Balding, meanwhile, was delighted with the effort of third home Ormito. The Kingsclere trainer said: "He stays well and it wasn't probably his ideal track.

"He's not as fast or has the class of the first two, but it was encouraging and there are plenty of races over further later in the year.

"He could be a type for the Queens Vase or something like that. That was pleasing as he's still learning." 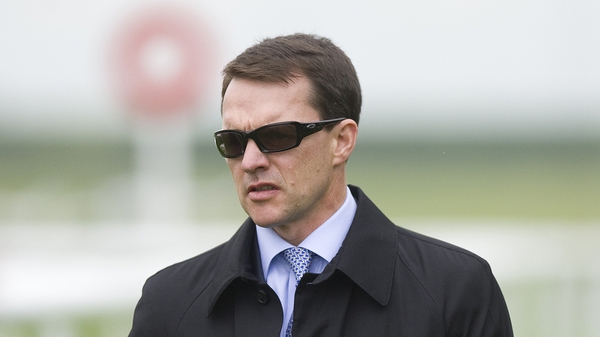