Grand National-winning jockey Jason Maguire has announced his retirement from the saddle.

The news does not come as a surprise as he has not ridden competitively since February 2015 after a fall at Musselburgh.

He underwent surgery in April that year for slipped discs in his back and while he has been riding out for the likes of Kim Bailey and Tom George, he was often left with a pain in his leg.

Having ridden as first-choice jockey for Paul and Clare Rooney, during his time off he has been acting as their racing manager.

Confirming his retirement Maguire's agent Chris Broad said: "It's disappointing, but the news has been expected, to be honest.

"He was a top, top top-class rider, it wasn't long ago that he split AP McCoy and Richard Johnson in the championship - that's how good he was."

Maguire won the 2011 Grand National on the Donald McCain-trained Ballabriggs and enjoyed Cheltenham Festival successes on Galileo (2002), Peddlers Cross (2010), Cinders And Ashes (2012) and Son Of Flicka (2012).

Broad went on: "He's had some memorable days, no one can ever take a Grand National win away from him and he's enjoyed good days at Cheltenham, too.

"He's been a very good man to work with, he lives locally to me and we get on well but unfortunately his body is no longer responding how he wants.

"There is a life after racing and luckily for him he has already got his lined up with the Rooney job.

"Obviously he'll still miss it, and it is very different being forced to retire rather than retiring on your own terms. It's much harder to cope in this situation when the decision is made for you.

"He was very stylish and very strong, but there comes a time when it has to end."

Prior to the Musselburgh fall Maguire also suffered serious injuries on the eve of the Cheltenham Festival at Stratford in March 2014 when he lost part of his liver.

"I went to hospital to see him after the Stratford fall," said Broad.

"After seeing the state he was in there anything was a bonus after that and while it's disappointing for him it's ended at least he's in one piece, if not quite 100 per cent. 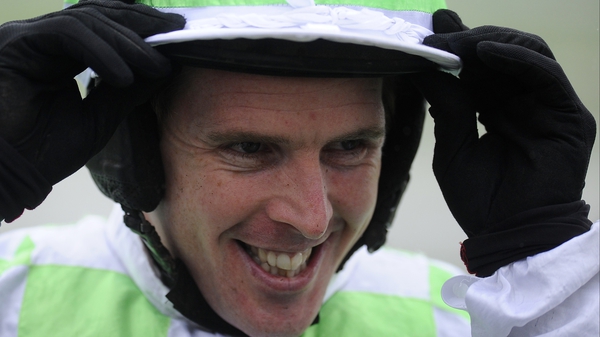