Galileo Gold ran out an emphatic winner of the Qipco 2000 Guineas for Frankie Dettori and Hugo Palmer at Newmarket.

Prominent throughout, the Al Shaqab-owned colt streaked clear going into the dip and beat Massaat by a length and a half at odds of 14-1.

Ribchester defied his price of 33-1 to finish third, beaten two lengths. Hot favourite Air Force Blue, for Aidan O'Brien was in trouble early and finished in the rear. under Ryan Moore.

It was a third win in the Classic for Dettori, a mere 20 years on from his first success on Mark Of Esteem.

The rider crossed over from the centre of the track to bag the rail once clear and he never looked like being caught.

Massaat, second to Air Force Blue in the Dewhurst, ran a blinder for first-season trainer Owen Burrows with Ribchester flying the flag for Richard Fahey and the north in third.

Dettori paid tribute to Palmer and expressed his delight at a big-race success for Al Shaqab.

He said: "I had a lot of faith in him and I knew we'd be in the first three. We had a bad draw but he's a great horse.

"My main forte is that he stays, he galloped out really strong. Well done to Hugo Palmer and his team and everyone at Al Shaqab - we've done it." 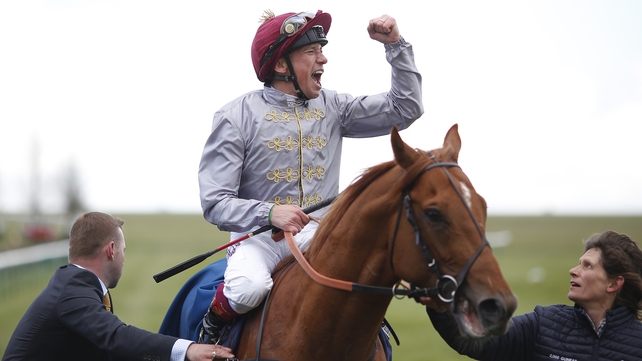 Palmer added: "Frankie was so alert, he said nothing had been coming from behind and that if nothing took us on, he would do it himself and he did.

"There were no hard luck stories, for us anyway. It was a masterful ride.

"He had a very willing partner and I feel so lucky to have him.

"When you come to a race like this you have to have confidence, if not you may as well go somewhere else. If I was going to come here, I was going to believe in it.

"I've never believed in a horse quite like I believe in this one.

"I don't know what makes him different, he just keeps getting better. He's quirky, we have to work with him, not against him, but he's rewarded us. We think he'll stay a mile and a quarter." 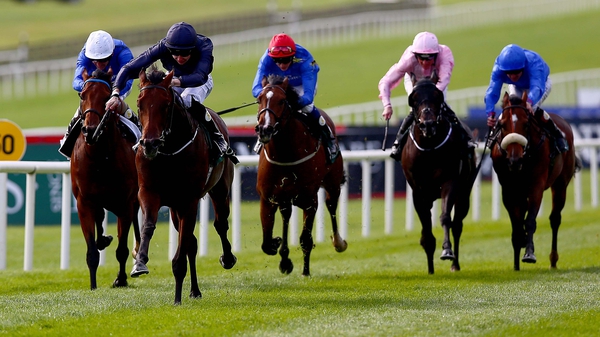