Winner of the Irish Gold Cup at Leopardstown in February - as he was in 2015 - before finishing a creditable fourth at Cheltenham, Kiely's JP McManus-owned 10-year-old was sent off at 12-1 in a market dominated by British challenger Cue Card, trained by Colin Tizzard.

Road To Riches took the field along for much of the three-mile-one-furlong feature and was tracked into the straight by both Gold Cup runner-up Djakadam and Gold Cup third Don Poli.

Cue Card, who suffered a dramatic fall at Cheltenham before bouncing back in brilliant fashion at Aintree, pulled hard for much of the trip, and the 4-6 favourite had ground to make up turning for home along with the under-pressure Carlingford Lough.

The complexion of the race changed at the second-last, however, with Road To Riches coming to grief and both Djakadam and Don Poli beginning to falter.

Strong stayer Carlingford Lough made the most of the opportunity, answering Geraghty's every call to join Djakadam for the lead at the final fence before going on to score by four-and-a-half lengths.

Djakadam kept on to fill the runner-up spot, with his stable companion Don Poli just beating Cue Card to third. 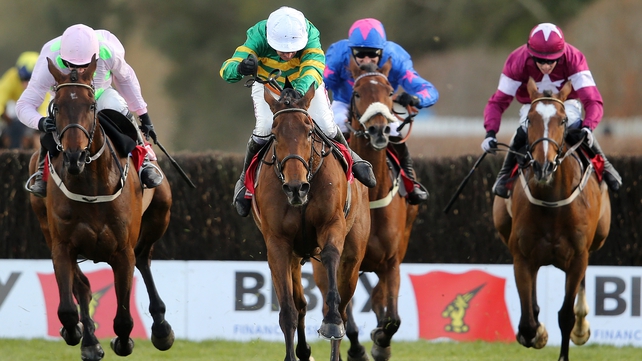 Geraghty said: "What a trainer John Kiely is - he's brilliant.

"He's done an amazing job with this horse to win the Galway Plate, here as a novice, two Gold Cups at Leopardstown and here today. It was a brilliant training performance."

"He (Carlingford Lough) came from the clouds to win in Leopardstown, Mark (Walsh) gave him a brilliant ride.

"It was just how long he could sustain that run, but he went all the way to the line."

Kiely said: "I've been coming to Punchestown since 1948, when I was here as a child, and this is a never-again experience in my life. But once is lovely!

"He's the best I've trained and the best I will train.

It's brilliant and it was easier today because he wasn't fancied. Nobody seemed to think much about him, so we were even contemplating whether we should be here.

"I'd have been delighted to have been placed. I didn't expect to win.

"He's very easy to train. You just keep him well and that's it and almost anybody can ride him. I ride him when I feel like it.

"He was as well today as he had been for any other race.

"It was a good run in the Gold Cup, but I don't think he loves Cheltenham - maybe being away, he might be a better horse in Ireland, and I think he likes a more level track.

"I'd like to give the credit to Mark Walsh who did most of the schooling on him. We took him to the Curragh for a few bits of work and that has worked.

"He's been a great servant to me, and is easily kept sound, touch wood.

"He'll probably have a similar programme next season, and he has that bit of class."

Meanwhile, connections of Cue Card felt it was one run too many at the end of a fine season.

Joe Tizzard, assistant to his father, said: "We didn't think he'd had a hard race at either Cheltenham or Aintree, but it's probably just the end of the season taking its toll.

"He owes us nothing and he'll be back to fight another day."" 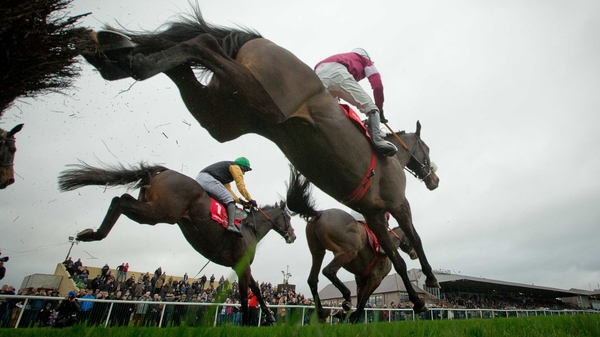