Don Cossack, Cue Card and Vautour remain on course for a mouth-watering battle after featuring among 20 entries for the Bibby Financial Services Ireland Punchestown Gold Cup.

Gordon Elliott's Don Cossack came to grief two fences from the finish when Cue Card reeled in Vautour on the line to land a thrilling King George VI Chase at Kempton at Christmas.

Vautour subsequently ran out one of the most impressive winners at the Cheltenham Festival when he routed his Ryanair Chase rivals, while Don Cossack claimed the Gold Cup in a race where Cue Card departed at the third-last fence.

The latter got back on track with a brilliant display in last week's Betfred Bowl at Aintree and trainer Colin Tizzard is keen for him to round off his campaign in Ireland on April 27.

"The plan always was to go on to Punchestown and I don't see any reason to change that," said the Dorset-based trainer.

Elliott is also looking forward to the rematch after seeing Don Cossack work over a mile and a half alongside stable companion Cause Of Causes in front of the media at Punchestown on Monday.

He said: "We haven't done anything serious with him since then and today was the first time that he's really stretched his legs since Cheltenham.

"Cue Card is a horse I've got massive respect for. It's going to be a very good race at Punchestown.

"He (Don Cossack) will have one more good bit of work and then it's all systems go."

The Punchestown Gold Cup promises to be the most enthralling race of this year's Festival, with brilliant Ryanair Chase hero Vautour, who suffered a shock fall at Aintree last Friday, also a likely runner.

"He's as fit as a flea and as long as he's sparkling at home, he'll take his chance."

The feature race on the first day of the Festival is the Boylesports Champion Chase, with Queen Mother Champion Chase hero Sprinter Sacre the headline act among 18 possible runners. 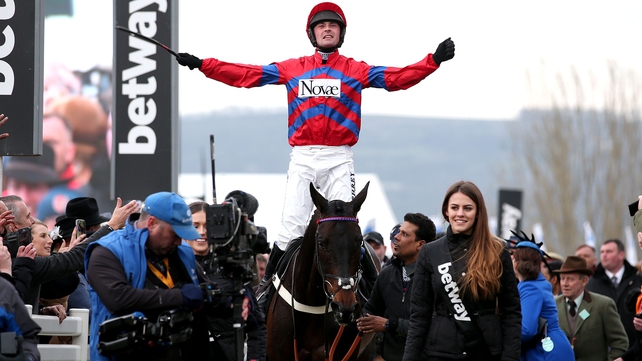 Punchestown's racing manager Richie Galway revealed Nicky Henderson has not yet ruled out a return to Ireland with his stable star, who claimed this prize in 2013.

Galway said: "Myself and Shona Dreaper met Nicky in Newbury recently and we said we've love to have Sprinter Sacre running.

"He said the day that he won in Punchestown for himself and the owners was one of the great days they had with Sprinter Sacre." 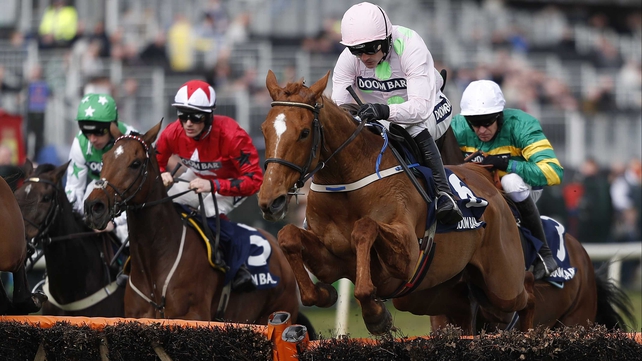 Mullins said: "Annie Power seems fine and the plan is to go for the Champion Hurdle in Punchestown. It will only be her fourth run of the season."

The novice events over hurdles and fences are chock full of quality, with the likes of Yorkhill, Buveur D'Air, Douvan and Native River all set to potentially star.

Mullins looks certain to unleash another formidable team over the five days.

"I imagine all the top guns will run as it's the last big Festival of the season," said the champion trainer. "Yorkhill must have some engine to do what he did in Aintree the other day. If he's recovered, he could go to Punchestown.

"He's a good eater and he drinks well and he'll get a good rest before then.

"Apple's Jade was a revelation at Aintree. She had some training problems after Christmas and (in hindsight) we obviously didn't have her as straight as we'd want at Cheltenham."

Asked for a dark horse to follow, Mullins replied: "Koshari is a nice horse from France that we haven't been able to run yet." 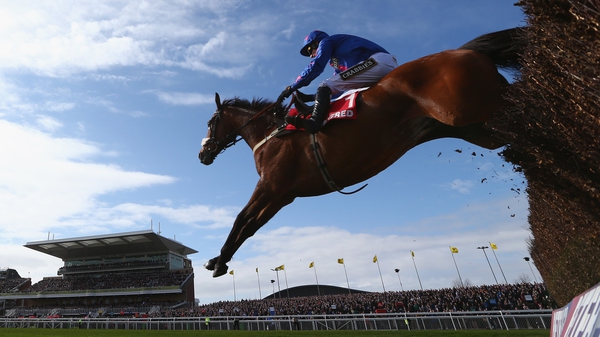