The Willie Mullins-trained eight-year-old became the first mare in 22 years to claim Champion Hurdle glory at last month's Cheltenham Festival and returns to action a shade over three weeks later on the opening day of the Crabbie's Grand National meeting.

Annie Power is reopposed by the second, third and fourth at Cheltenham in Nicky Henderson's My Tent Or Yours, her stable companion Nichols Canyon and the Nigel Twiston-Davies-trained The New One, winner of this prize in 2014.

Thursday's card at the Liverpool track also features the Betfred Bowl, in which Willie Mullins sends over Djakadam and Don Poli. The pair finished second and third respectively in the Gold Cup behind Don Cossack.

Another interesting contender is Saphir Du Rheu. Winner of the Mildmay Novices' Chase at this meeting 12 months ago, the Paul Nicholls-trained grey has been mixing chasing with hurdling again this term.

Second in the World Hurdle at Cheltenham last season, he was sixth to Cue Card's stablemate Thistlecrack in that race last month. 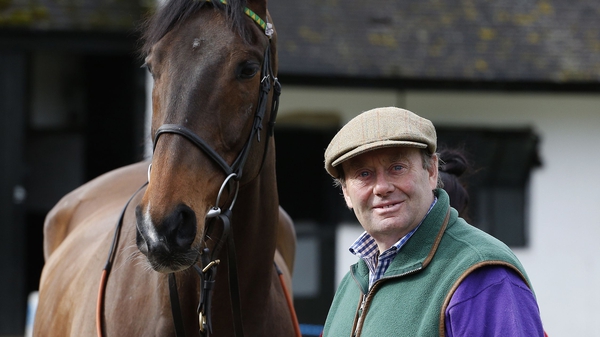 Nicky Henderson eyes Annie Power rematch for My Tent Or Yours