Breeders' Cup Turf winner Found heads seven runners in the Coral.ie Alleged Stakes over a mile and a quarter at the Curragh on Sunday.

The Aidan O'Brien-trained filly starts her four-year-old campaign in this Listed event having ended last season by capturing the coveted scalp of Derby and Arc hero Golden Horn at Keeneland at the end of October.

However, her participation is dependent on the ground at the weekend being deemed suitable.
O'Brien also saddles Father Christmas, who has not run since finishing third to Balios in the King Edward VII Stakes at Royal Ascot in June.

Ken Condon is hoping Success Days can recapture his form of last spring when he notched a hat-trick of victories in testing conditions that prompted connections to supplement him for the Investec Derby.

However, the ground dried too much for him and he was well-beaten at Epsom behind Golden Horn.
He also flopped in his only subsequent race in Germany, but Condon reports the grey to be ready to return to the fray, although he has to give weight all round.

"He's not best treated by the conditions of the race, but the ground will hold no concerns for him and he's done well over the winter," said the County Kildare handler.

"We're happy with him and he's definitely going to take his chance. It's a very good contest with Found and Bocca Baciata in there.

"He has to give them weight and doesn't come out well with them in the ratings.

"Everything is fine with him and he's ready to start. We've been happy with him."

Condon admitted it remains a mystery why Success Days ran so badly at Munich in November.

"He ran inexplicably poorly in Germany, he ran a shocker," he said.

"We never really got to the bottom of that. It was possibly the travelling, it was a long way on the road, but we're not really sure. It was unexplained," he said.

"He's in good shape and we're looking forward to it."

Trainer Jessica Harrington reports Bocca Baciata to have done well over the winter and expects her to go well on the ground.

The daughter of Big Bad Bob showed smart form last term, winning the Group Three Dance Design Stakes and finishing third to Ribbons in the Blandford Stakes on this course.

"She seems to be in good form. She's in good order and she's strong," said Harrington.

"It's going to be a tough race. We'll just have to see what happens. It's a nice starting point and she's ready to go." 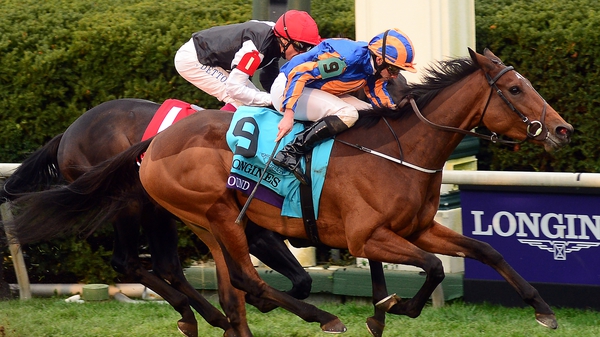