Trainer Art Sherman feels California Chrome is at the peak of his powers ahead of his bid for glory in Saturday's Dubai World Cup.

The 2014 Kentucky Derby hero finished runner-up to shock winner Prince Bishop in the world's richest race last March and that proved to be his final appearance of the year, with a late setback ruling him out of an intended appearance at Royal Ascot.

"I have been in the game for 55 years and seen a lot of things, but California Chrome is bigger and better than any of them" - Art Sherman

The five-year-old appeared to have lost none of his considerable talent when making a successful return to action at Santa Anita in January and having comfortably defied top weight in a Meydan handicap on his return to the desert a month ago, confidence within the camp is high - despite a seemingly unfavourable draw in stall 11 of 12.

Sherman said: "He's thrived out here, and is right at home in everything he does. He gets into his training with a huge amount of enthusiasm and is at his peak at the age of five."

California Chrome completed his big-race preparation with a pleasing gallop round one circuit of the main track on Thursday, watched by a plethora of media on the stable bend as well as hundreds of corporate guests and horse connections attending the traditional 'Breakfast With The Stars' event.

Sherman is in no doubt his popular chestnut is the horse of a lifetime.

"I have been in the game for 55 years and seen a lot of things, but California Chrome is bigger and better than any of them," the trainer continued.

"A lot has been said about the gate, but we'll use the same game plan as Curlin (World Cup winner in 2008) who came out of the 12 hole. I hope everyone who sees this horse will fall in love with him on Saturday and if we can overtake Curlin's record as the all-time biggest earner from America, it will be a great thrill."

He said: "Getting Chrome here early and getting a race at Meydan under his belt has been a blessing. Having a third race since coming off his Dubai World Cup second a year ago is perfect for him.

"It looked pretty easy for him in his last race and he got plenty of air racing wide of the others.

"Breaking from the 12 will present its challenges, but he has enough tactical speed to break well and get over."

The horse expected to give California Chrome most to think about is fellow US challenger Frosted.

The Godolphin-owned grey was hugely impressive in landing the second round of the Al Maktoum Challenge on his Dubai debut in early February and trainer Kiaran McLaughlin previously won this race with Invasor nine years ago.

"He's doing great and worked really well on Thursday morning. He's all set and we're excited about it," said McLaughlin.

"We thought he might be in need of the run on his first run of the year, but he ran so well and broke the track record, he must have been fitter than we thought.

"Because of that we didn't feel like we needed to run him again and we're really happy with his condition.

"I don't think a lot of improvement is needed to be one of the top contenders. We like our position (stall nine) and we're just hoping for a clean trip."

Asked to compare Frosted with Invasor, McLaughlin added: "It's tough. Invasor was the best horse we ever trained. I hope we'll be able to say that again one day.

"But Frosted is doing fabulous and we're hoping for a big run."

William Buick, who was aboard Prince Bishop 12 months ago, rode Frosted for the first time on his most recent outing and is looking forward to renewing the partnership.

He said: "It's a tough race but he's done nothing wrong and won the second round of the Maktoum Challenge in fine style.

"Kiaran is very happy with him, he's an exciting ride.

"I'm sure it will be a different affair for me this year, I'm sure I won't be out the back like I was on Prince Bishop, I hope.

"He travels well, sees his races out and has loads of class. We have respect for the others but great belief in our horse as well."

The Todd Pletcher-trained Mshawish was third in the Dubai Turf a year ago and returns in fine form following successive wins at Gulfstream Park.

Jockey Frankie Dettori said: "Mshawish comes into the race in great shape, although there is a question mark about him getting the trip.

"He is up against two great champions in California Chrome and Frosted, but he goes into the race as third-favourite.

"I certainly think he will run a big race."

South African maestro Mike De Kock has a formidable record in Dubai, but has yet to win the main event.

Asiatic Boy and Victory Moon have both filled the runner-up spot for the trainer and he hopes last year's UAE Derby winner Mubtaahij can go one better, despite having been well beaten twice this year. 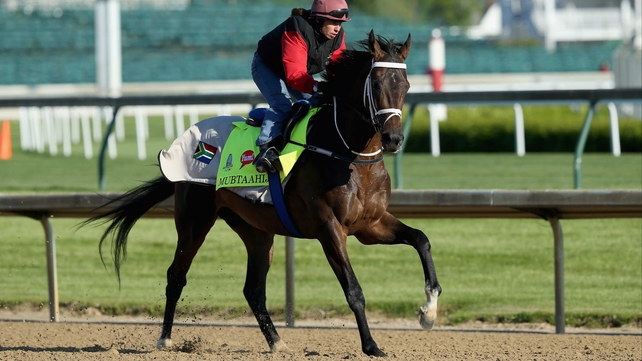 "First time, in the Firebreak Stakes, we kept telling everybody he was 80 per cent fit and tackling a mile trip too sharp for him," said De Kock.

"Super Saturday was, on the face of it, disappointing, but the more you look at the race, all the dirt races on that day even, there seemed a definite bias towards those on the pace.

"I can say he is spot-on for Saturday and we expect him to run a big race.

"It's a very high quality race. The best dirt horses in the world are in there in my opinion. I like the way Frosted has improved."

He was well-beaten in the third round of the Al Maktoum Challenge, but jockey Ryan Moore hopes he can raise his game.

He told Betfair: "California Chrome and Frosted dominate the betting and it isn't hard to see why. If I was riding either of them then I would be going into the race expecting to win.

"California Chrome's form in the States probably sets the standard and he proved his well-being when stretching his legs here last month in a visor for the first time. But this looks a better race than the one in which he was beaten by Prince Bishop last year, though on the plus side they have given him a prep here this time around and that may be significant.

"However, his US form isn't that far superior to that of Frosted - that one really was impressive here last month, and he obviously rates as a massive danger - or indeed that of my mount, Keen Ice, who gained the not inconsiderable scalp of American Pharoah when winning the Travers.

"He has probably not run to within 7lb, and more, of that form since in four subsequent starts, including when only seventh for me here three weeks ago, but I think there are reasons for ignoring that run.

"The slow early pace wouldn't have suited him at all there, and I was stuck wide and racing far too close to a modest tempo, so I think it is a throw-out run. He will be better suited to coming late off a stronger pace and hopefully the first-time blinkers will help him, too.

"Odds of around 20-1 probably accurately reflect his modest recent form, though, but he does have a place chance if he does come back to his best." 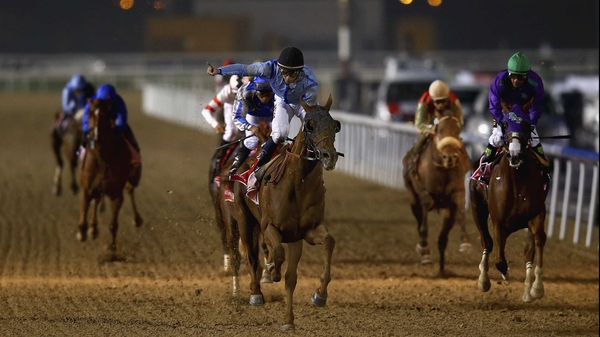