The nine-year-old gave trainer Gordon Elliott and jockey Bryan Cooper their first blue riband triumph and a second for owners Gigginstown House Stud after War Of Attrition 10 years ago.

Don Cossack, the 9-4 favourite, was followed home by Djakadam and Don Poli, both trained by Willie Mullins, who is still seeking his first Gold Cup win.

However, the race changed dramatically when Cue Card fell at the third-last fence when in with every chance.
Don Cossack was left to stride away and claim victory by four and a half lengths from Rich Ricci's Djakadam (9-2), who was runner-up for the second year running.

Cooper, who burst on to the scene riding for the late Dessie Hughes, said: "Fair play to Gordon, he stuck by me, I had the hardest decision (riding Don Cossack rather than Don Poli) and he had him right for today. He never missed a beat.

"It was a hard decision to make, but there's a man up there looking out for me, Dessie Hughes." 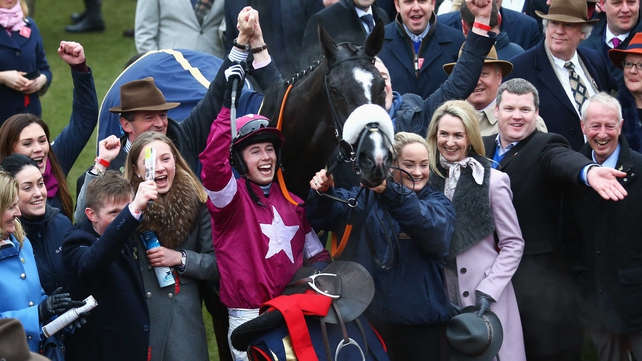 A tearful Elliott, who won the Grand National in 2007 with Silver Birch, said: "I'm delighted for Gigginstown because they've supported me since I started. It takes a lot for me to start crying, I can't believe it.

"I've never been so nervous in my life, I'm just so happy for everyone - all the staff, my mother and father, everyone."

Gigginstown boss Michael O'Leary said: "There was never a moment's worry. He jumped brilliantly and Bryan gave him a superb ride, he was always in control.

"It was disappointing he got beat in the Ryanair last year but he's made up for it now, I'd swap a Ryanair for a Gold Cup."

Mullins felt Djakadam had run with credit, although he thought the ground had proved an issue for Don Poli.

He said: "We have no excuses. He did everything right and even jumped better than the winner over the last three fences but still couldn't win.

"The ground was way too fast for Don Poli and he is a Grand National horse in my opinion. He was staying on all the way to the line. 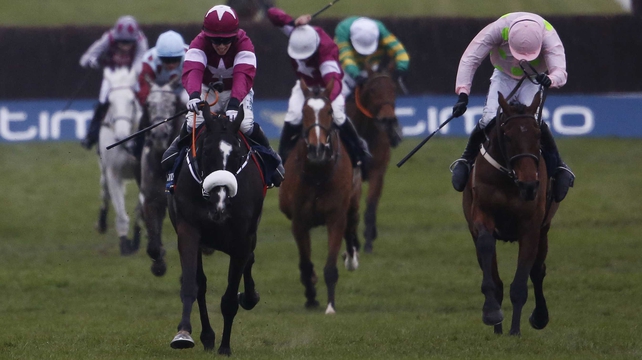 "It's great for Gigginstown, for Gordon and for Bryan and it must be a big relief to him that he chose right."

Djakadam's jockey Ruby Walsh admitted his mount had been beaten by a better horse on the day.

He said: "He travelled really well but Smad Place was jumping right in front of him for most of the way.

"I suppose the drying ground really helped Don Cossack and Cue Card but then he fell. It was what it was on the day and Don Cossack was a really good winner.

"He (Djakadam) has always been a very good jumper so that never concerned me, he's run his race but the winner was very good on the day. Fair play to Bryan Cooper, he got it right."

Davy Russell, rider of Don Poli, said: "He was badly outpaced but kept plugging away, softer ground would have helped." 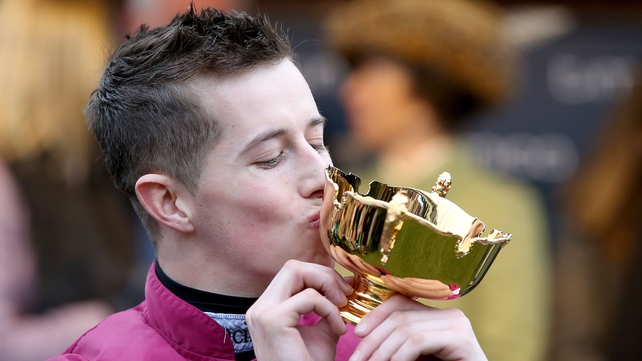 Barry Geraghty also thought his mount, Carlingford Lough, had found the early gallop tough going before staying on for fourth.

He said: "He was outpaced down the back but kept staying on and John (Kiely) had him in great shape."

Colin Tizzard reported Cue Card to be none the worse for his fall and was philosophical about losing out on a possible £1m bonus.

He said: "He's absolutely fine. He walked back in without a care in the world. That's racing.

"Going flat out in the Gold Cup, it brings mistakes. He unseated in a novice chase here a few years ago (2011) but has not looked like falling since. The main thing is the horse got up and walked back." 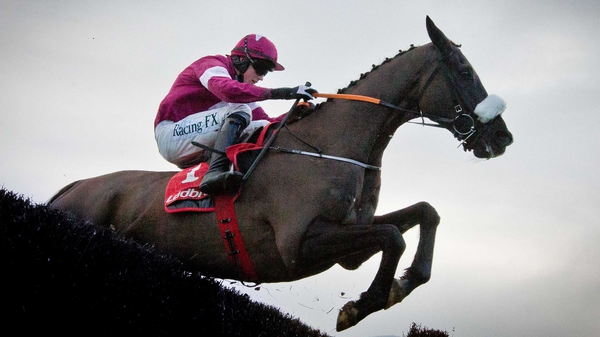