Kieren Fallon is due to make a surprise return to Irish racing after joining trainer Michael O'Callaghan.

The Curragh handler is one of the most up-and-coming handlers in Ireland, counting Classic hope Blue De Vega amongst his string, and is thrilled to have the six-times British champion as part of his set-up.

Subject to paperwork, Fallon and O'Callaghan's new association will begin on the first day of the Irish Flat season at the Curragh on Sunday.

O'Callaghan said: "We're very excited to have him. It's a great coup for a young trainer like myself to have someone like Kieren on the team."

Fallon has previously ridden as stable jockey to Sir Henry Cecil, Sir Michael Stoute and Aidan O'Brien as well as linking up with the likes of Godolphin and Luca Cumani in the past.

"Michael is a trainer going places and I jumped at the opportunity to get involved with his yard." - Kieren Fallon

He said: "I have met Kieren a few times and he is obviously one of the most accomplished riders in the world.

"He was a six-times champion in Britain, won 16 British Classics and many big races across the world. It's fantastic to have him join us.

"He rode his first morning for us on Wednesday and it was just brilliant to see him in action, not just with the young horses but with the young jockeys as well as they look up to him and hopefully he can bring them all on.

"He has three rides for us at the Curragh on Sunday, subject to a bit of paperwork going through, and we're looking forward to it. He has a wealth of experience."

Fallon was most recently seen in action in America last year but he is due to kick off his new association aboard Terrific Feeling in the Tally Ho Stud EBF Maiden, the first race of the new Irish Flat season on Sunday.

Fallon told the Irish Field: "Irish racing is up there with the best in the world and, even while I was in America, I have been following the scene here.

"Michael is a trainer going places and I jumped at the opportunity to get involved with his yard. He has a super set-up here on the Curragh, a smashing group of horses and excellent staff. This is a good move for me." 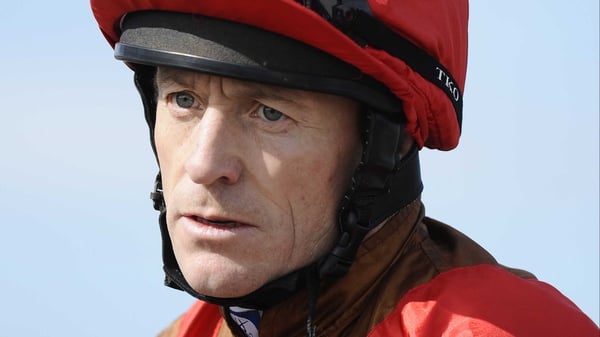 Fallon hit with ban for not riding out