Annie Power made it third time lucky at the Cheltenham Festival as she romped home in the Stan James Champion Hurdle as she justified 5-2 favouritism to win the hurdling feature..

A dramatic last-flight faller in the Mares' Hurdle 12 months ago and second in the World Hurdle in 2014, she justified being supplemented for the two-mile showpiece.

The decision was made due an injury to last year's winner Faugheen for the same connections of owner Rich Ricci, trainer Willie Mullins and jockey Ruby Walsh.

Annie Power pulled her way to the front at the first obstacle and went on to dictate affairs, becoming only the fourth mare to win the Champion Hurdle and the first since Flakey Dove in 1994.

My Tent Or Yours (10-1) put in a strong bid in his first race for 703 days, running a gallant race to take the runner-up spot, four and a half lengths behind the winner.

Nichols Canyon (15-2) was a head back in third to give Mullins a one-three. 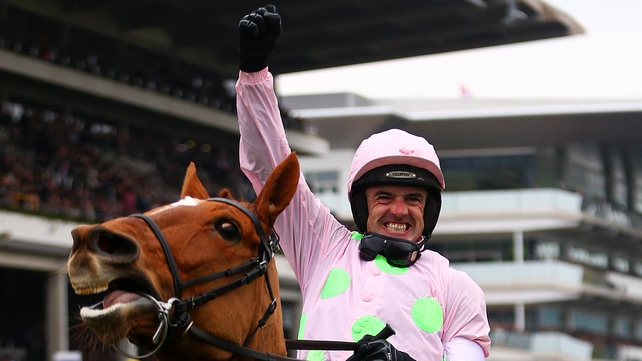 Walsh said afterwards: "She deserved it. She's a great mare. It was a great performance, she's just a cracking mare.

"I wanted to put it to them as far out as I could, she quickened when I gave her a kick and she galloped all the way to the line.

"I knew halfway up the run-in she would win, it was brilliant - a great feeling.

Willie Mullins said: "I don't know how good she is, but she's a hell of a horse.

"I thought she could win, but I didn't think she could do it like that, coming off that preparation (just one race since last May).

"It was a huge performance. I think Ruby's been watching videos of Dawn Run over the last 48 hours. That (make the running) is what he wanted to do and it's all worked out.

"She's exceeded all my expectations." 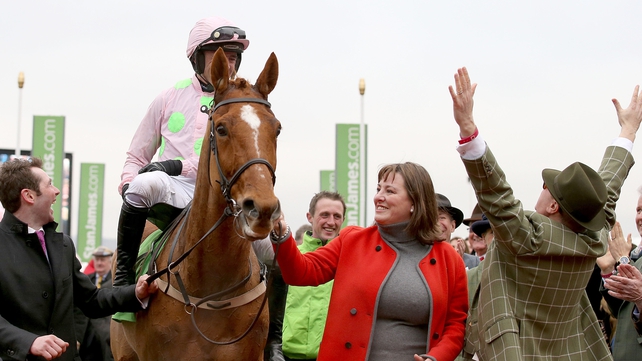 Mullins continued: "Maybe she should have run in this race two years ago, but that's in the past now.
"She was awesome today and jumped from hurdle to hurdle.

"She made no mistakes and just kept on galloping. It was a huge performance after the preparation she had.

"Two out, I saw My Tent Or Yours was still up there, but after two years off I didn't think he'd be able to keep going.

When asked if Annie Power was the best mare he had trained, Mullins said: "She'll have a higher rating than Quevega after that, but the memories Quevega gave us were something special."

Nicky Henderson was understandably thrilled with My Tent Or Yours.

He said: "He ran really well, we always knew at some stage he'd get tired. He still showed he is ever so slick over his hurdles, as he jumped well and he looked very relaxed and settled.

"We've got to do something and we might go to Punchestown."

The New One was fourth and his trainer Nigel Twiston-Davies said: "I was very disappointed, it does appear he has lost a tiny bit of his speed, but there no excuses.

"He will be going further now and we'll go to Aintree for the two-and-a-half-mile race and we'll come back to two miles during next season." 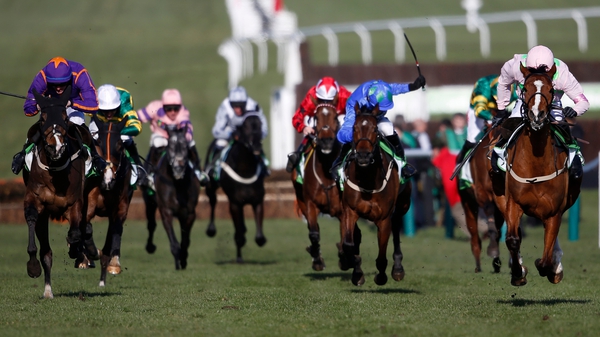