Old Guard will miss Tuesday's Stan James Champion Hurdle at Cheltenham after failing to recover from a minor setback in time.

Paul Nicholls was disappointed with his charge's work on Saturday and the five-year-old was reported to be sore on Sunday morning.

The Ditcheat handler had intended to wait until Monday morning before making a final call on Old Guard's participation, but he opted to withdraw him from the race on Sunday evening, with attention now focussed on trying to get the son of Notnowcato fit for Aintree next month.

Nicholls tweeted: "Sadly Old Guard is sore this evening and will not run in the Champion Hurdle (on) Tuesday.
"Will try to get him ready for Aintree."

That leaves a field 12 to go to post, headed by the Willie Mullins-trained Annie Power.

The mare was supplemented at the confirmation stage last Wednesday, as expected, due to an injury to last year's winner Faugheen.

Both Faugheen and Annie Power are owned by Rich Ricci.

Ruby Walsh will ride Annie Power, the number one for the Mullins team, with Paul Townend aboard Nichols Canyon.

The home team is headed by last year's fifth place finisher The New One, having his third run in the race for Nigel Twiston-Davies.

Nicky Henderson is responsible for five of the starters - the long-absent My Tent Or Yours, last year's Triumph Hurdle winner Peace And Co, Hargam, Sign Of A Victory and Top Notch.

Lil Rockerfeller, who was the other supplementary entry, takes his chance for Neil King while Robert Walford's Camping Ground completes the list. 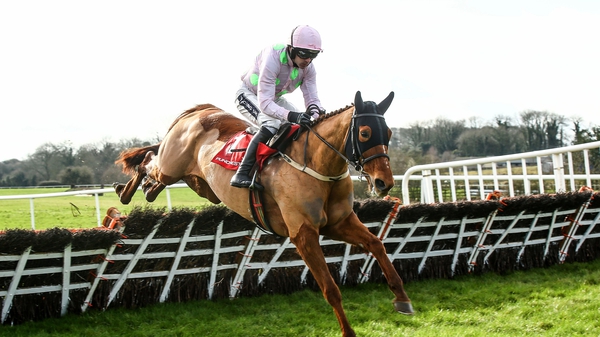 Annie Power set to be supplemented for Champion Hurdle Racing