The double Olympic cycling champion takes the next step along the ladder at Fakenham on Friday when she partners the Paul Nicholls-trained Pacha Du Polder, who is also her intended Cheltenham mount, in the Betfair Fox Hunters' Chase.

It will be the 35-year-old's first start under National Hunt Rules and will serve as important yardstick by which to measure how far she has progressed in the saddle.

Walsh, who won the 2015 Irish National with Thunder And Roses, believes Pendleton would deserve her place in the St James's Place Foxhunter Chase at the Festival next month.

"Once she can get the horse there in one piece, she's fully entitled to go and ride in the Foxhunter"

She told the Irish Times: "She's a lot of experience under her belt, she's done a lot of point-to-pointing over the past few months.

"She has her licence and she obviously would have had to have gone through various tests to get it.

"The first time she sat on a horse was this month last year. It's a huge ask. Obviously she's a highly competitive athlete coming into it.

"Once she can get the horse there in one piece, she's fully entitled to go and ride in the Foxhunter."

Walsh, sister of star jockey Ruby, feels Pendleton is well equipped to handle the demands of riding because of the high-octane experience she has gained from cycling at the highest level.

"She is used to going fast and I think that must be a big factor in her even getting this far with it," said Walsh.

"Because in my experience, speed is what usually puts people off. She's obviously used to controlling her bike at high speeds and she would definitely have come across times where she missed a stride or took a misstep on her bike.

"That happens a fair bit in racing, too, but it can spook people if they're not used to it.

"I think that's probably an important side of it for her - she can relate to that a lot easier than say, if she was a tennis player trying to do this.

"She would have experienced that fear of going at a high speed, having a wobble and knowing that if you come off, you're going to have a hell of a fall.

"It must be a big help to her to already know what that fear is like and to be able to relate to it. Most people wouldn't have that starting off." 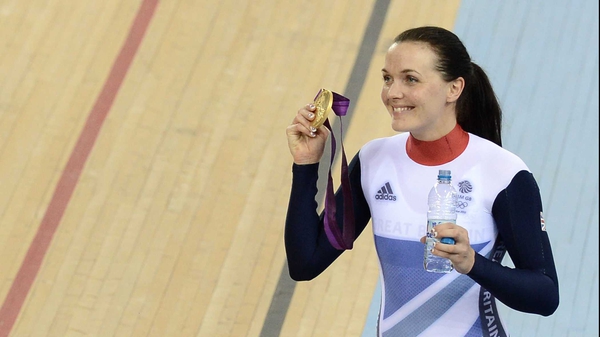