Former jockey Charlie Swan expects the "brilliant" Faugheen to win his second Champion Hurdle at Cheltenham in March following his stunning display at Leopardstown on Sunday.

The Willie Mullins-trained eight-year-old dominated his rivals last March and while his air of invincibility was lost when suffering the first defeat of his career at the hands of stable companion Nichols Canyon at Punchestown in November, he emphatically reversed that form with a scintillating performance in the Irish Champion Hurdle.

Off the back of that performance, many consider Faugheen to be the best two-mile hurdler the sport has seen since the great Istabraq, who won a record-equalling three Champion Hurdles at Cheltenham and struck gold four times in the Irish equivalent - a feat only bettered last year by former Mullins superstar Hurricane Fly.

Swan, who steered Istabraq to all of his 23 hurdling triumphs, is better qualified than most to assess Faugheen's dazzling talent.

He said: "Faugheen was very impressive. He's a brilliant horse, for sure. He jumped brilliantly and did everything right.

"I think the third horse [Nichols Canyon] had a very hard race the last day [at Leopardstown over Christmas] and that probably took plenty out of him, but you can't take anything from the winner.

"It's very hard to judge the two of them against each other [Faugheen and Istabraq], but it was an amazing performance the other day and he's going to be very hard to beat in Cheltenham again."

Des McDonogh trained Monksfield to successive Champion Hurdles at Cheltenham in 1978 and 1979 and believes Faugheen deserves to be mentioned amongst the greats.

"It was a fantastic performance at the weekend - mind-boggling, I would say," said McDonogh.

"I wouldn't be mad about the way he made a mess of the last - you don't usually get away with those things in the top Grade One races - but I'm not sure anything can get near enough to him for it to make a difference to the result.

"How he got beaten at Punchestown earlier in the season, I don't know - I suppose he was only half-fit.

"He was unbelievable the other day and I'd say they'll all be running scared of him now. He wasn't an expensive horse and it's incredible to think he was a point-to-pointer when you see what he did on Sunday.

"Willie has an amazing supply of horses - each one seems to be better than the last - and I'm sure he appreciates it.

"If he turns up in Cheltenham the way he was in Leopardstown, it'll be no contest." 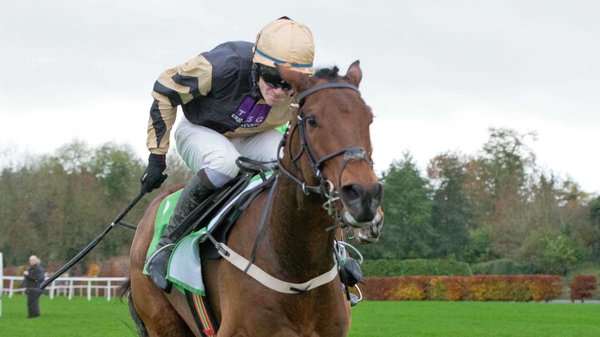