Smart jumpers Taglietelle and Modem head the weights for the Dundalk Stadium On Facebook Handicap on Friday night.

Since scoring at Aintree's Grand National meeting in the spring, Taglietelle has developed into a high-class staying hurdler and has kept Grade One company, with a course and distance victory under the lights also under his belt.

Modem, last seen taking third behind Identity Thief at Down Royal, is just as competent on the level and collected a big prize at the Galway Festival.

This is far from a match, though, with in-form rivals Bittern, Jan Van Eyck and Saga Bolton lurking lower down the weights, and Richard Hughes bringing over hat-trick seeker Duchess Of Marmite.

Settle For Red's own bid for a three-timer came up slightly short when dropped to seven furlongs, but he is back up to a mile for thewww.dundalkstadium.com Handicap.

He crosses swords with last-start winners Grey Danube and Manorov, as well as Marise, who was just touched off when supported here last week.

Ebadan also rattled the crossbar on his most recent appearance and attempts to go one better in the Big Bad Bob Maiden.

One of his more interesting opponents, providing he makes it off the reserves' bench, is the Aidan O'Brien-trained Derby entry Birthplace, who is a full-brother to Epsom third Astrology and made a promising beginning to his career when sixth at Navan.

Little Sweetheart struck form towards the end of 2015 and Pat Flynn's speedster bids to start the new year in a similar vein in the opening Winter Series At Dundalk Handicap at 6.00pm.

A trip across to Wolverhampton didn't pay off for Coreczka but she is one of the form horses going to post for the Dundalk Stadium - Light Up Your Night Apprentice Handicap, while Hello Humpfrey strives to follow up last week's triumph in the Jolly January Dining Special At Dundalk Stadium Handicap. 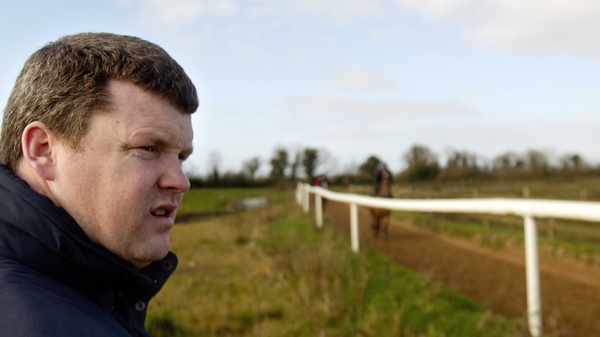