Irish-trained horses appear to hold all the aces in the Cheltenham Gold Cup on 18 March, for which 32 entries were received.

Despite Willie Mullins' domination of the Festival in recent seasons, he has never won the biggest race of them all, but he will surely never have a stronger hand than this season.

His eight-horse squad is led by last year's runner-up Djakadam, with last season's RSA winner Don Poli a very strong second-string, according to the bookmakers.

While plenty of water needs to pass under the bridge before the race, King George second Vautour, a winner at the last two festivals, is also in the mix along with Sir Des Champs, the 2013 Gold Cup runner-up.

Boston Bob, Valseur Lido, 2014 runner-up On His Own and Ballycasey could also line up for Mullins.

Gordon Elliott's Don Cossack is also a huge threat for Ireland. He fell two out in the King George when staying on strongly.

In the absence of Coneygree, the home team's defence is led by Cue Card, winner of the Champion Bumper in 2010 and still right at the top of his game for Colin Tizzard.

His renaissance has been the feel-good story of the season, having won the Charlie Hall Chase before landing the first two legs of a £1million bonus on offer from Jockey Club Racecourses for winning the Betfair Chase at Haydock, the King George and the Gold Cup.

Cue Card has this season struck up a good rapport with Paddy Brennan, who told Betfred TV: "I think he has a massive chance as he loves Cheltenham, it brings the best out in him.

"It boils down to the Irish horses and it will be interesting to see where Vautour goes.

"I wouldn't rule him out but Don Cossack is the one I fear as he was unlucky in the King George." 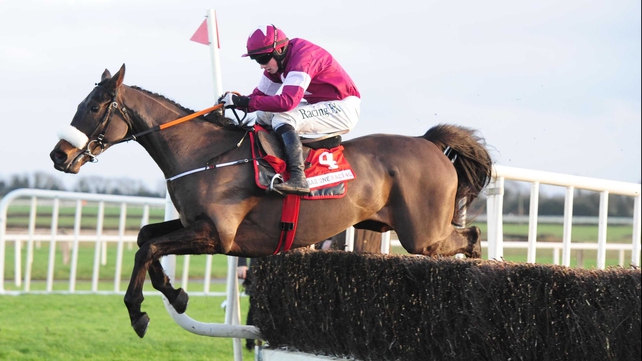 Two interesting novices have been given the option - the Elliott-trained No More Heroes and Sandy Thomson's Seeyouatmidnight - but Jonjo O'Neill decided against entering More Of That.

Road To Riches, third last March for Noel Meade, is another from Ireland to get excited about.

"I could not be happier with Road To Riches," said Meade.

"We had a bit of a blood disorder and snotty nose with him at Christmas, but all is well now and the plan is to go to Leopardstown for the Irish (Hennessy) Gold Cup (February 6).

"I felt last year that we tried to put it up to Coneygree and then Djakadam came and got us as we faded on the run-in.

"I think Djakadam will improve because he was a young horse last year."

"We have just had a few muscle problems with Wounded Warrior that have held him up," said the County Meath trainer.

"He will be entered in the Grand National, Irish National and plenty of other long-distance races because he wants a trip. 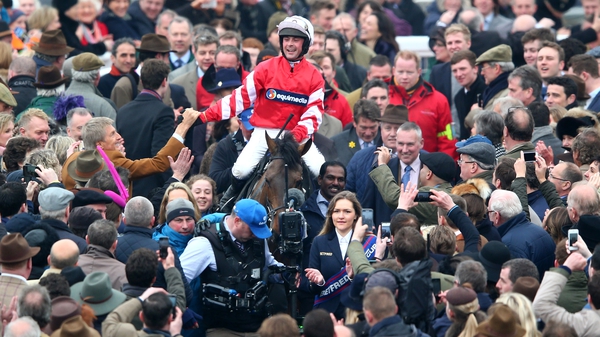