Punchestown Racecourse will begin a €6.2 million upgrade in May 2016, with the work due to be completed by 2018.

The principal feature of the redevelopment will be a new grandstand in the area close to the final fence.

This will incorporate a dedicated owners' and trainers' lounge, a public bar, a champagne bar, additional toilets and betting facilities.

This part of the development will cost an estimated €3.8m, with work on this phase due to start after the Punchestown Festival in 2017.

The first phase, set to commence in May 2016 for completion by the end of the year, will include landscaping throughout the site and the provision of additional public.

There will also be the construction of a new permanent festival media room in addition to the existing media facilities.

Phase two will upgrade the festival reserved enclosure, with work starting after the 2017 Punchestown Festival and due be completed by March 2018.

"Punchestown is the home of Irish jumps racing and we are conscious that the venue must live up to such a title,” said the course's general manager Dick O'Sullivan.

"Through hard work and a dedicated team, we have continued to develop and grow the Irish National Hunt Festival despite some difficult years."

The principal feature of the redevelopment will be a new grandstand in the area close to the final fence.

The project has been approved for a capital development grant aid of €2.5m by the board of Horse Racing Ireland (HRI).

" I am delighted that Punchestown's financial position has improved so significantly that they are now in a position to progress such a major schedule of works,” said HRI chief executive Brian Kavanagh. 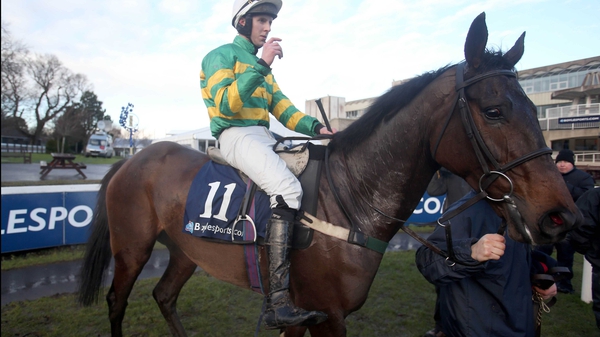 Enda Bolger to step Gilgamboa up in trip Racing