Sprinter Sacre could face up to 10 rivals when he makes his seasonal reappearance in the Shloer Chase at Cheltenham on Sunday.

Nicky Henderson's nine-year-old appeared unbeatable after winning each of his first 10 starts over fences, but he suffered a heart problem late in 2013 and was unable to recapture his old sparkle after returning from over a year on the sidelines last season.

However, the Seven Barrows handler has been pleased with his preparation ahead of his comeback at Prestbury Park.

Sprinter Sacre's potential rivals include the only Irish-trained entrant in Willie Mullins' Twinlight, who was pulled up in the Fortria Chase at Navan on Sunday.

Also in the mix are the Paul Nicholls-trained Mr Mole, Michael Scudamore's Next Sensation, who also holds an entry in the Paddy Power Gold Cup, and recent Kelso scorer Simply Ned from Nicky Richards' yard. 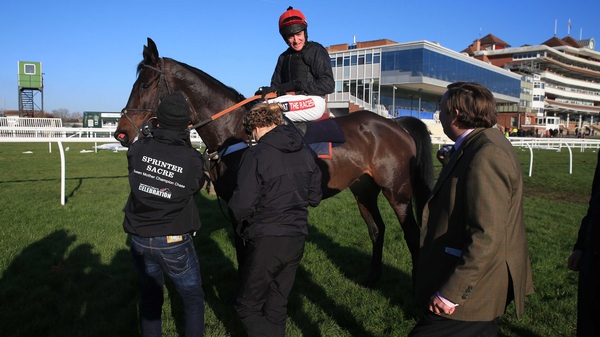