Legatissimo had to settle for second as Stephanie's Kitten went one better than 12 months ago to win the Breeders' Cup Filly & Mare Turf at Keeneland.

Winner of the 1000 Guineas, Nassau Stakes and Matron Stakes, Legatissimo was strongly fancied to add another top-level prize to her seasonal haul, but had a blip on leaving the stalls as she appeared to stumble slightly.

Quite keen as well from there as she got a position on the rail, Ryan Moore had to get to work before the home straight on David Wachman's runner, having to switch wide to make his challenge.

The winner, meanwhile, raced in last for Irad Ortiz Jr and had a terrific ground-saving passage on the inside of runners on Chad Brown's victor.

Coming from behind Legatissimo she had the better acceleration and enough in the tank to see it out, with Freddy Head's Queen's Jewel running a remarkable race to finish third, having lost her position at one stage.

Wachman said: "It's just been a long year, she has run well, but there are no excuses."

Head said of Queen's Jewel: "I am very happy, because she has run well and finished her race well, although she appeared to lose her action a bit on the final turn, which made her become unbalanced.
"At this stage I do not know whether she will remain in training." 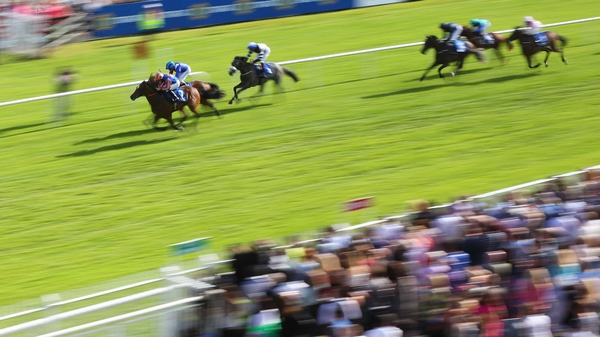