While many leading members of the National Hunt fraternity are praying for rain to enable them to wheel out their big guns, Jonjo O'Neill would be quite happy if it stayed dry before Saturday's bet365 Charlie Hall Chase at Wetherby for Holywell.

The eight-year-old enjoyed a great first season over fences, winning at the Cheltenham Festival for a second successive season in handicap company before following up at the highest level at Aintree.

He found things tougher in the last campaign, with his only win coming at Kelso, but he was far from disgraced in the Gold Cup, beaten less than 10 lengths into fourth behind Coneygree on ground softer than ideal.

Holywell was last seen finishing a close third to Silviniaco Conti at Aintree.

"He'll love the good ground, if it stays like that, he's schooled well and is in good shape.

"We're looking forward to it, it won't be easy to win it but we'll give it a good go."

Cue Card, last seen finishing fourth in the Punchestown Gold Cup, will be ridden by Paddy Brennan for the first time.

Trainer Colin Tizzard told www.westerngazette.co.uk: "Paddy Brennan will ride Cue Card and the other horses owned by Jean Bishop this season when he is available.

"Cue Card looks lovely and I'm very happy with him but the proof will come on the racetrack.

"If he runs up to his best he will be thereabouts." 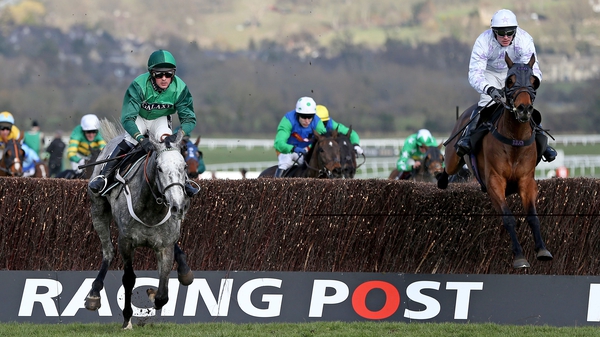 Jonjo O'Neill happy with Holywell ahead of Betfred Bowl bid