Aidan O'Brien's Minding claimed her second Group One prize of the season with a brilliant display in the Dubai Fillies' Mile at Newmarket.

The daughter of Galileo caused something of an upset when getting the better of stable companion Ballydoyle in last month's Moyglare Stud Stakes, form well advertised in Paris last weekend as Ballydoyle went one better in the Prix Marcel Boussac at Longchamp.

With Ryan Moore on her back, Minding was the 5-4 favourite for her Rowley Mile assignment and was always travelling well towards the stands side.

Once asked to extend, the response was hugely impressive as she found an extra gear to power through the line four and a half lengths clear.

Moore said: "She's a truly exceptional filly; she travelled so easily the whole way. As soon as I pulled her out, she was gone.

"She has an unbelievable mind and went down to the start so well, she has plenty of pace, she can stay at a mile but I'm sure with her temperament it will allow her to stay further.

"I couldn't have been more impressed by her." 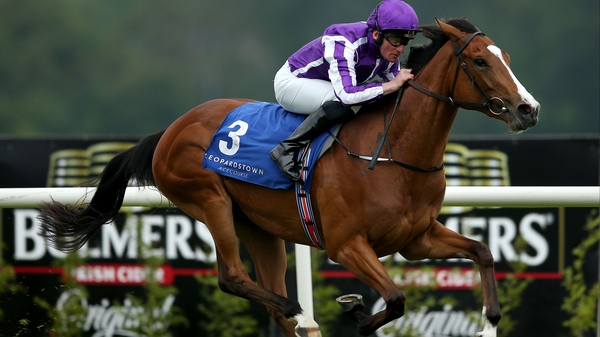 O'Brien's Minding and Coolmore for Fillies' Mile at Newmarket Racing