The dual 2000 Guineas hero has not been seen in competitive action since making it three from three for the campaign in the St James's Palace Stakes at Royal Ascot, missing several engagements on account of unsuitable ground.

The Ballydoyle handler remains highly concerned about conditions in Ireland this weekend, with rain potentially on the way, but his decision to commit his charge to the 10-furlong Leopardstown showpiece appears to effectively rule him out of the following day's Prix du Moulin at Longchamp.

"Unfortunately it's very hard to call with the terrible weather forecast and we'll declare Gleneagles and wait," said O'Brien.

"We'd obviously love to run him at Leopardstown but asking him to get the trip on that (unsuitable) ground wouldn't be fair on him. I've no doubt he's a genuine miler, but if the rain came it would make it messy for a lot of mine.

It promises to be another huge weekend for the O'Brien team, with runners in Paris and Doncaster as well as on home turf.

Bondi Beach, Fields Of Athenry and Order Of St George are the three stable representatives entered for the Ladbrokes St Leger and although there was speculation on Wednesday that Order Of St George would instead head to the Curragh for Sunday's Irish Leger, O'Brien revealed he will make the journey to Town Moor.

O'Brien said: "There's also lots of rain forecast for Doncaster, so we'll have to wait and see which horse goes where, but the one that won in the Curragh (Order Of St George) won on soft so will run in Doncaster." 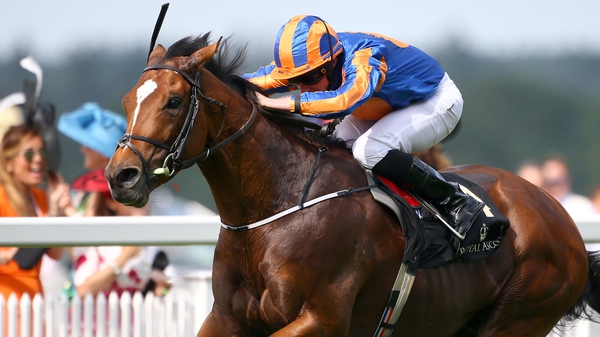