Frankie Dettori accepts Golden Horn will need to be full throttle at York next Wednesday if he is to preserve his unbeaten record in the Juddmonte International.

The John Gosden-trained Derby hero will face arguably his stiffest test to date on the Knavesmire when he wages war with dual Guineas winner Gleneagles, Time Test and The Grey Gatsby, whom he defeated by three and a half lengths in the Coral-Eclipse.

Dettori, though, is convinced there is more to come from the Cape Cross colt.

"I still think he is improving," said the Italian. The horse is in good shape and has won at York before.

"It's a great line-up with a dual Guineas winner in Gleneagles, The Grey Gatsby, Time Test, who I rode to victory at Royal Ascot, and the Australian horse, Criterion.

"It's an absolute cracker, possibly the race of the year. You've got all the best horses racing each other. York is very slick, very flat. You need a horse with pace and gears.

"If you've got any chinks in your armour, you'll be found out.

"If you've got any chinks in your armour, you'll be found out"

"The races are won with the revs up and at a high tempo. Golden Horn will have to be at his best."

Dettori has enjoyed an astonishing renaissance this summer, and highlighted his Derby success at Epsom in June as a defining moment.

"This year was the best thrill I have ever had in all my career," he told the Yorkshire Post.

"If I could pick one single race in my life, it would be the Epsom Derby this year. Why? I didn't think I would get another chance to ride a horse like this.

"For the past three years, I didn't ride in the Derby. There was my split with Godolphin. Now I was back.

"That moment passing the line, I can't describe it. I keep playing it back. It will never leave me." 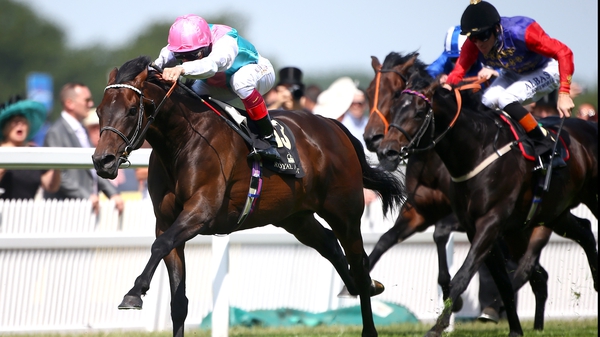 Time to test Golden Horn in International Stakes at York