Tony McCoy is unsurprisingly taking his one-off return to the saddle very seriously as he prepares for the Leger Legends Charity Race at Doncaster on 9 September.

The 20-times champion jumps jockey retired in April, but has been enticed to take part in the special event on the opening day of the Ladbrokes St Leger Festival.

McCoy said: "Here's something I wasn't expecting to say so soon - I'm watching my weight.

"It's all for a good cause, because I'm in training for the Legends race and riding out at Jonjo's (O'Neill).

"I'm getting a little bit heavy so I'm riding out to keep fit. I think it's going to be my one and only experience of riding in a charity race and it wasn't my intention at all to ever ride, but at the opening of Jack Berry House he asked me if I'd do it.

"I think he's raised over half a million pounds and I thought it's the least I can do and obviously hopefully win it.

"Someone said, 'It's not important whether you win or lose'. Whoever said that probably lost, it's all about winning, isn't it?

"Whoever said it's the taking part that counts is full of you-know-what!

"Being a patron of the Injured Jockeys Fund, it's important I do my little bit to help out."

McCoy is delighted to continue his association with his former boss, owner JP McManus, in assisting racing manager Frank Berry.

"Whoever said it's the taking part that counts is full of you-know-what!" - AP McCoy

Speaking in his blog for William Hill, he said: "The new set-up with JP McManus is taking shape.

"I've been lucky to have a very good relationship with JP for the 11 years that I was riding for him and I'm going to continue to have a close interest.

"Frank Berry will continue to be JP's racing manager and he is very knowledgeable.

"There's a nice team of horses and I think we'd like to make it better together and if I can communicate with a few of the trainers over here and make Frank's life a little easier, then that's the plan.

"Obviously there'll be a lot of horses I've ridden in the last year or two that Barry won't have and I'll hopefully be able to help him out in some shape or form.

"Barry's a top-class jockey and the riding of the horses will be left very much up to him." 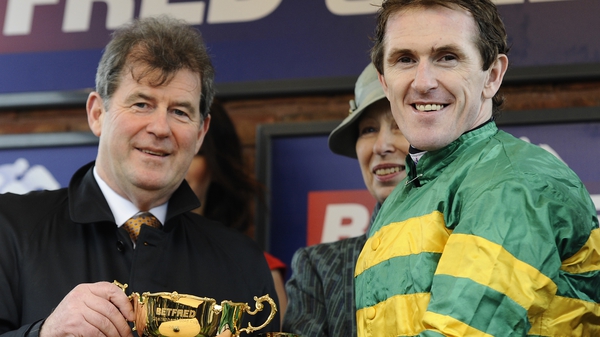