Golden Horn has matched the achievement of the great Frankel having been given a rating of 130 by the British Horseracing Authority's head of handicapping Phil Smith.

John Gosden's charge became the first horse to achieve the Dante, Derby and Eclipse treble at Sandown last Saturday, sealing his position at the head of the three-year-old tree.

His rating has subsequently been raised by 4lb to 130, joining multiple Group One star Frankel as the only member of the Classic generation to achieve that mark in recent years.

"Since 1996 the only other British-trained three-year-old to post a performance of 130 has been Frankel," Smith told www.britishhorseracing.com.

"I would be disappointed if Golden Horn cannot go on and prove himself better than 130 as the season progresses as he is clearly a fast improving colt who on Saturday showed his versatility by making the running for the first time.

"If agreed by the International Handicappers this week, it will make Golden Horn the highest-rated horse in the world so far this year.

"Life will become harder for Golden Horn as the three-year-old weight-for-age allowance reduces by 2lb per month across each distance as the season progresses, but I have little doubt that he will be able to take that in his stride and continue to show that he is equally effective at 10 furlongs and 12 furlongs." 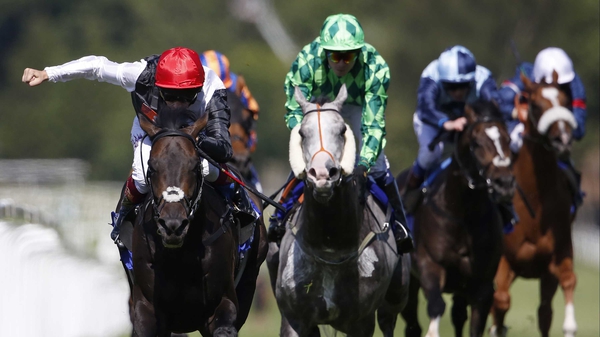