Tony McCoy believes Barry Geraghty is the right choice to succeed him as number one rider for leading owner J P McManus.

As soon as McCoy announced his intention to retire in February, Geraghty was favourite with the bookmakers to fill the massive void left by the 20-times champion.

The speculation continued when McCoy finally hung up his saddle in April and ended on Monday with news that Geraghty had accepted the role.

Geraghty has been riding principally for Nicky Henderson since 2008 and the pair have won most of the biggest races on the calendar together, including the Gold Cup with Bobs Worth and the Queen Mother Champion Chase with Sprinter Sacre, both in 2013.

However, the 35-year-old has worn the famous green and gold silks of McManus to plenty of big-race successes himself.

He made the most of McCoy's decision to partner another McManus-owned horse when winning the Champion Hurdle on Jezki and the World Hurdle on More Of That in 2014.

He also benefited from McCoy's absence to land the Irish Grand National on Shutthefrontdoor the same season.

"You want to give yourselves the best possible chance of winning and having someone like Barry on your side gives you that," McCoy told The Times.

"His record speaks for itself and you don't ride the big winners he's had without being top drawer in every department.

"He's got lots of experience, is good with people and there is a lot of class about him.

"Barry had a very close association with Nicky and I'm sure he would have found it difficult to walk away, but wearing the green and gold colours is the best job in jump racing and one very hard not to be interested in. 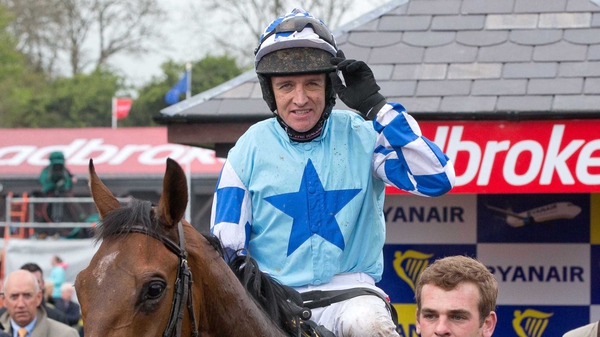