The County Meath-based trainer has never made any secret of the regard in which he holds the eight-year-old and he has certainly come of age this season.

After winning his first four starts of the campaign, Don Cossack was third when favourite for the Ryanair Chase at Cheltenham but got back on the winning trail in the Melling Chase at Aintree in the hands of Tony McCoy.

With Paul Carberry taking over in the saddle for his latest test as Bryan Cooper elected to partner Road To Riches, the 5-2 chance was ridden patiently over the three-mile-one-furlong distance before creeping into contention down the back straight.

Djakadam (2-1f) and Road To Riches, second and third respectively in the Cheltenham Gold Cup, led the field into the straight, but Carberry was close behind aboard Don Cossack and he kicked clear from the final fence to seal a seven-length victory.

Djakadam beat Road To Riches to the runner-up spot once again. 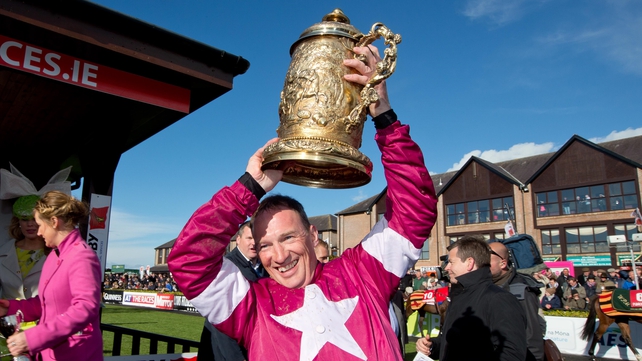 Carberry said: "He jumped well the whole way. Any time I asked him, he answered. He showed he'll be a [Cheltenham] Gold Cup contender next year.

"I rode this horse four or five years ago up the gallop and I said to Gordon if you could have about 10 of these in the yard it would be great. He's a serious horse.

"He jumped into the back of On His Own down the back but I was able to take a pull after that.

"Gordon went the right route with him this year. He didn't kill him early on. It's worked. Thumbs up to Gordon."

Delighted Gigginstown House Stud supremo Michael O'Leary said: "The form seems to have worked out, and Gordon seems to have found a bit more improvement in Don Cossack, which is fantastic.

"I thought this race might come a bit soon after Aintree, but if you have the right horse and the right trainer anything is possible.

"When you look at the size of him, he's huge big horse and as a novice over hurdles he probably hadn't filled into his frame.

"Gordon said he's a totally different horse. He was outstanding in Aintree and he's been outstanding here today.

"It's great for Gordon, he's an outstanding trainer and it's lovely to win the Gold Cup here in Punchestown.

"If we can't win the one in Cheltenham, the one in Punchestown in a pretty good replacement.

"Gordon will make a plan, Noel (Meade) will make a plan for Road To Riches, hopefully we keep them all fit and sound and well - there's lots of good chasers here in Ireland and the standard is pretty high.

"Whatever we can get to Cheltenham next year hopefully we will have one good enough to go and run and do well in a Gold Cup." 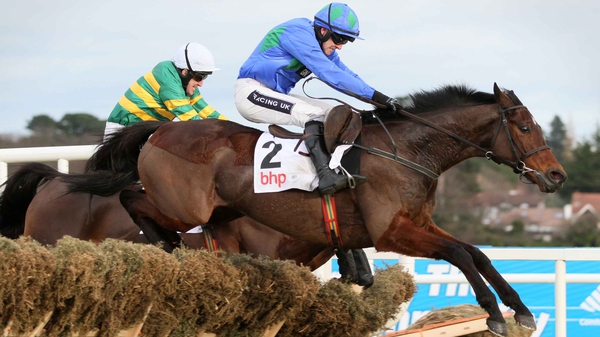 Hurricane Fly and Jezki to renew battle at Punchestown