David Casey believes his mount Boston Bob can recover from a disappointing Cheltenham display as he defends the Punchestown Gold Cup on day two of the festival.

Boston Bob won his second consecutive grade one at the Kildare venue last year but has failed to strike since.

The Willie Mullins inmate was 10th in a disappointing Cheltenham Gold Cup effort in March and is a 16/1 outsider to regain his title today (5.30pm).

Despite that, Casey gives Boston Bob a fighting chance, pointing to some reasonable performances either side of Christmas at Leopardstown and a second place to today's favourite Don Cossack (5/2) at this venue in December.

"You'd prefer to see him run a bit better than he did at Cheltenham. He was a little bit disappointing there," Casey told RTÉ Sport.

"But he's on the comeback trail. He's in good enough form at home. He won it last year and I think if we don't get too much rain beforehand the ground will suit.

"We're hopeful of a good run but it's a very competitive race."

Stablemates Djakadam and On His Own are more fancied to perform than Boston Bob but Casey cautions that the demands of a gruelling season could upset the form book.

"They seem in good form," he said. "On His Own came back from Cheltenham and won at Cork so he's in really good order.

"The likes of Djakadam, Road to Riches, Don Cossack; they set the standard but at the same time they've been to Cheltenham, they've had tough races. Don Cossack has been to Aintree as well.

"They're showing at home that they're okay but you won't know until you run them. They've had a tough time but if they've recovered from it then they are the ones to beat." 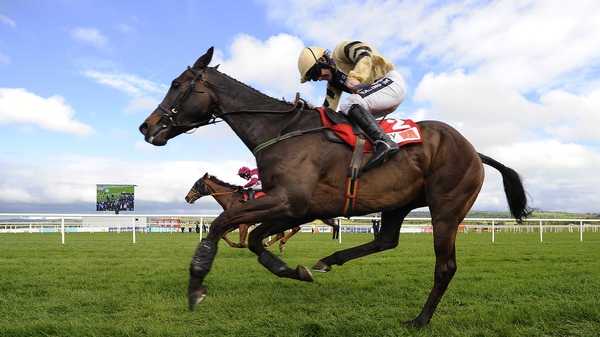