Both Willie Mullins and Noel Meade admit they will not know how much the respective Cheltenham efforts of Djakadam and Road To Riches took out of their charges until they run in the Bibby Financial Services Ireland Gold Cup at Punchestown today.

The pair finished second and third behind Coneygree last month in what looked a gruelling race, but several horses who ran in the Gold Cup have come out and performed well since, not least Many Clouds in the Grand National.

What is slightly worrying Mullins is that Djakadam is only a six-year-old and putting up such a big effort at that stage of his career may have left a mark.

The champion trainer also runs the Graham Wylie-owned pair of On His Own and Boston Bob, winner of the race last year.

"It was a very searching, testing pace (in the Gold Cup) and for a six-year-old, Djakadam did well to finish second," Mullins told TG4.

"He did well to be in a challenging position over the second last and last. If that hasn't taken too much out of him, I think he'll run a big race.

"Road To Riches seems well enough at home, although he had a hard race in Cheltenham all right. He was in second place there and just got caught near the line" - Noel Meade

"Boston Bob always runs a good race. He likes this track and would have an each-way chance.

"On His Own goes better right-handed."

For Meade, his concern will be that his stable star has been on the go since winning the Galway Plate in July, nearly 10 months ago.

"Road To Riches seems well enough at home, although he had a hard race in Cheltenham all right. He was in second place there and just got caught near the line," said Meade.

"If he brings his A-game to Punchestown, he'll have a big chance.

"But I don't know how much Cheltenham has taken out of him, although we thought there that better ground would help him."

A boost to his case is that Bryan Cooper has stayed loyal to him rather than ride Gordon Elliott's Don Cossack, an electrifying winner at Aintree.

The only other declared Irish-trained runner is Tony Martin's Flemenstar but he is due to run in Champion Chase over two miles on Tuesday. 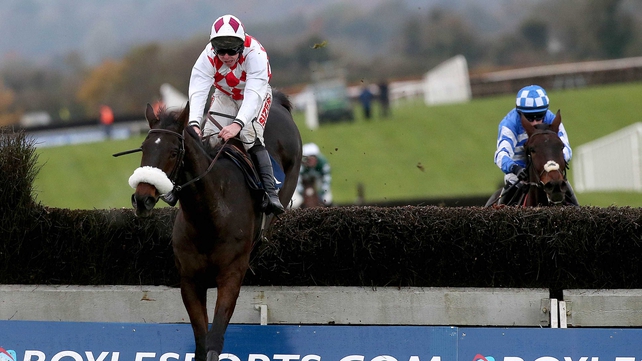 Leading the British contingent is David Pipe's Ballynagour, narrowly beaten by Silviniaco Conti at Aintree on just his second run over three miles.

He ran at the Festival last year, finishing second to Sizing Europe over two miles.

"I'd always thought he'd stay three miles which was way we ran him in the Hennessy and I think that day he just wasn't fit enough and blew up, rather than not seeing out the trip," said Pipe.

"He's been lightly raced and is a hard horse to keep fit, but he's shown that when we can train him properly, he's very talented.

"It was a great run at Aintree after so long off and I'm looking forward to it."

Colin Tizzard's Cue Card has not been able to recapture his very best since returning from a spell on the sidelines, but he took a step back in the right direction when second to Don Cossack at Aintree, albeit beaten a long way.

"The way he travelled and jumped, he looked back to his old self for a long way at Aintree," said Tizzard's son and assistant Joe.

"He made a mistake three out and I thought that he could have fallen in a hole after that but he ran all the way to the line.

"He hadn't run since the King George so there's no reason he can't improve for the outing.

"He worked nicely this week and he'll be a fresh horse going into it and it's nice to see him back racing."

The Giant Bolster, three times in the first four in the Gold Cup at Cheltenham, makes his first trip to Punchestown for trainer David Bridgwater having pulled up in the Gold Cup this year.

"He's not had a hard season like most of the others and I think what happened at Cheltenham is that he's just a bit older and wiser these days," said Bridgwater.

"We're hoping that changing the headgear and the trip over to Ireland, being something different, might just spark something in him.

"Usually he has one big run in him a season and in the past it's been in the Gold Cup, but this year he just wasn't interested.

"He comes good at this time of year, though, and likes the sun on his back.

"We're under no illusions and we're just hoping he can pick up as much prize money as possible. He owes us nothing, he's been a fantastic horse for us." 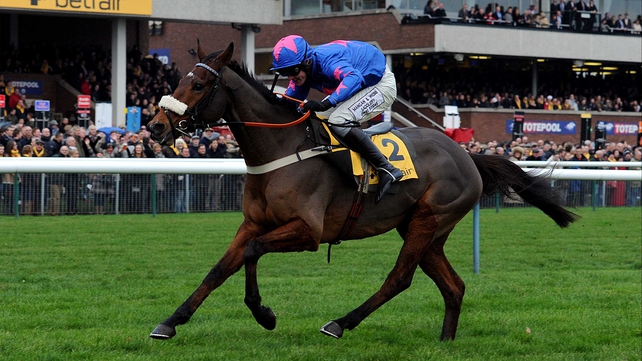 Shaneshill will have his stamina tested in the Irish Daily Mirror Novice Hurdle.

The Supreme Novices' Hurdle second went one better when upped to 2m4f at Fairyhouse, but has a further half-mile to tackle now and takes on guaranteed stayers No More Heroes and Thistlecrack.

The Attheraces.com Champion INH Flat Race is the third Grade One on day two of the Festival and, perhaps predictably, Mullins is mob-handed, with late Cheltenham Champion Bumper withdrawal Pylonthepressure the most interesting of his five.

Modus was second at Prestbury Park but the four-year-olds Charbel and Disko could be the ones to beat in receipt of weight.

There is a big pot up for grabs in the Guinness Handicap Chase, and Rathlin reverts to more conventional fences after his excellent third in the Topham at Aintree.

Racing gets under way at 3.40 with the Martinstown Opportunity Series Final Handicap Hurdle, and Nickname Exit might prove a bit better than his mark of 123.

Sadler's Risk contested a Grade One at last year's meeting so will find the Louis Fitzgerald Hotel Hurdle more to his liking, and expensive point-to-point recruit Champers On Ice catches the eye for David Pipe in the Old House, Kill INH Flat Race.