Tony McCoy thanked the racing public for making the last two months of his career the most memorable of all as their appreciation helped him cope with the thought of retirement.

Since announcing his intention to retire in February, McCoy has enjoyed a farewell tour up and down the country as well as travelling over to Ireland, with the attendance at usually mundane midweek meetings boosted by his presence.

The adulation shown to him has made the 20-times champion jockey realise just how much he affected the lives of the racing fraternity but while the decision to quit seemed to some to come out of the blue, McCoy feels he owes it to his family to go out at the top.

Speaking to At The Races on the first morning he could no longer call himself a jockey he said: "We had a very good night but I've just got up and haven't got round to eating breakfast yet. I can smell it, though, and someone has done the right thing and cooked me a nice breakfast.

"It was very difficult to take it all in yesterday, the crowd, the people round the parade ring, the great racing public came out in force and I was very flattered and honoured by it all.

"To get a reception like that for doing something I've loved to do for pretty much all my life, I'm really going to miss it.

"I told all the lads yesterday to enjoy it while you're doing it because the end comes quickly.

"It's very nice to feel that I have the respect of people up and down the country.

"For the last 21 years I've ridden up and down the country pretty much full on but over the last two and a half months people have come out to give me a wonderful welcome and I'm very grateful of that.

"It would be very difficult not to notice how that has developed and I'd like to thank all those people for coming out and making the last few months of my career so special and making it a little bit easier." 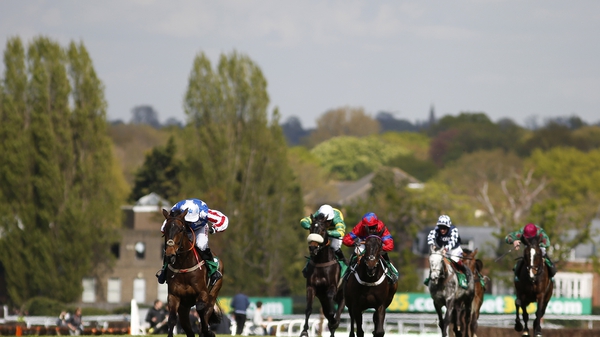 No celebration for McCoy in Sandown Chase