Un De Sceaux lived up to his billing as he duly landed the odds in the Racing Post Arkle Trophy at the Cheltenham Festival.

Ruby Walsh made all the running on the 4-6 favourite, trained by Willie Mullins, but he was ridden with a bit more restraint than had been expected.

Even so, Un De Sceaux had all his rivals at full stretch coming down the hill. God's Own (33-1) tried to make a race of it but he could not compete on the run to the line and had to settle for being beaten six lengths in second place.

Josses Hill (12-1) stayed on to take third spot, two lengths away.
The victory gave Mullins and Walsh a double in the first two races of the meeting after Douvan struck in the opener.

Walsh said: "He has got a turn of foot. I wasn't going that hard and I knew that when I gave him a squeeze he would quicken up and he's pinged the last.

"He didn't come to the Festival last year, he went to France twice, and you can see it's made a man of him.

"He's not an easy horse and they have minded and nurtured him. They've done a great job.

"I rode Master Minded and Azertyiuop so going that speed is nothing new to me." 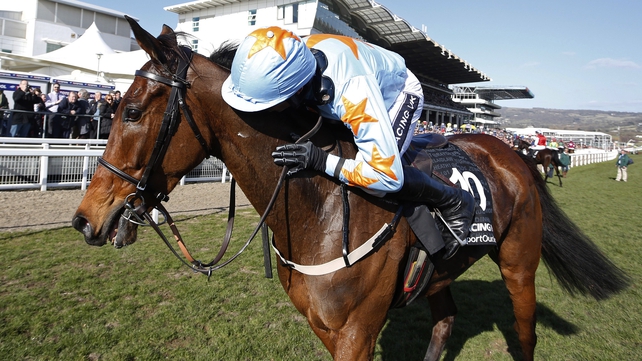 Mullins said: "It was just fantastic. He was very clever. He jumped the first two nicely and settled into a rhythm in his jumping.

"He jumped the water very easy, probably the first time he'd jumped one in his life, then came to the ditch which is a big test for a novice after the water. He pricked his ears and flew it again.

"I got a fright when God's Own came up beside him, but Ruby sat and then he just flew up the hill.

"He's not a typical racehorse and I don't think he's any pedigree, either, which is extraordinary. He is what we call a pure freak." 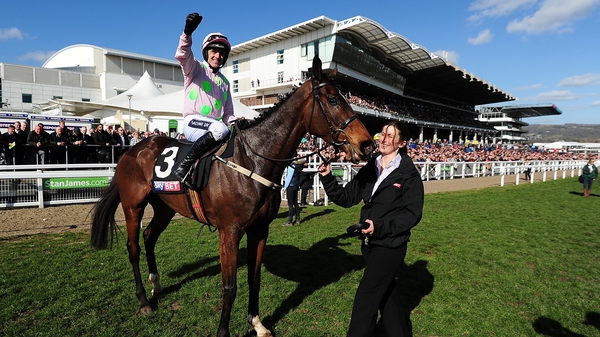 Douvan gets Walsh and Mullins off the mark