Shutthefrontdoor is one of the more notable absentees after 24 horses stood their ground for the Betfred Cheltenham Gold Cup following the latest forfeit stage.

Last season's Irish Grand National hero has not been seen since running out an impressive winner of a graduation chase at Carlisle in early November, but had been as short as 16-1 for the blue riband.

Connections have decided to skip the Festival and Jonjo O'Neill will instead prepare the JP McManus-owned eight-year-old for a tilt at the Crabbie's Grand National at Aintree.

McManus' racing manager Frank Berry said: "He's fine. We just felt it would be a lot to ask to run in the Gold Cup without having had a run.

"He's 100 per cent and hopefully he'll have a run somewhere and if all goes well we'll look towards the National."

Shutthefrontdoor is one of 11 horses to have been scratched, with the sidelined Dynaste, the novice Kings Palace, Taquin Du Seuil and Al Ferof also taken out.

All the headline names remain in contention, with ante-post favourite Silviniaco Conti joined by the likes of Many Clouds, Road To Riches, Sunday's Hennessy hero Carlingford Lough and defending champion Lord Windermere.

A total of 35 horses are still in the mix for the Ryanair Chase, with 16 of those Irish-trained.

Don Cossack and Cue Card are both in line to run, but Al Ferof, Dynaste, Finian's Rainbow and Present View are out.

Faugheen, Hurricane Fly, Jezki and The New One all feature in what promises to be a pulsating Stan James Champion Hurdle.

The seven withdrawals include Vautour, Little King Robin and Diakali, but red-hot Arkle favourite Un De Sceaux is still among the 16 on the list.

Last year's winner More Of That is among 27 Ladbrokes World Hurdle contenders.

Nine horses, including Blaklion and Bog Warrior, have been withdrawn.

Annie Power is the star name among 36 in the hat for the OLBG Mares' Hurdle.

Her stable companion Glens Melody is one of her most dangerous opponents, but Willie Mullins has taken out the novices Morning Run and Lyrical Theatre, as well as chasing mare Vroum Vroum Mag. 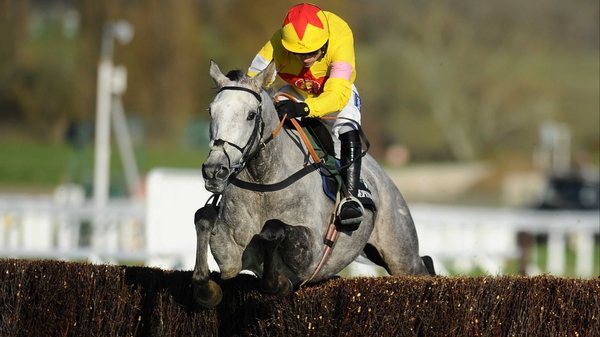 Al Ferof is ruled out of Cheltenham Festival