Sole Power and Gordon Lord Byron have both avoided high draws for the Longines Hong Kong Sprint at Sha Tin on Sunday.

Eddie Lynam’s Sole Power, runner-up in last year’s renewal when drawn nine, has been handed stall five this time in the six-furlong contest.

The Dunshaughlin-based handler said: "Happy with that draw. I can't use the draw as an excuse. I'll have to think of another one now!"

Fellow Irish raider Gordon Lord Byron, who has finished fourth in the last two renewals of the Hong Kong Mile, will begin from stall.

His trainer Tom Hogan said: "I am happy enough with gate two - that turned out well." 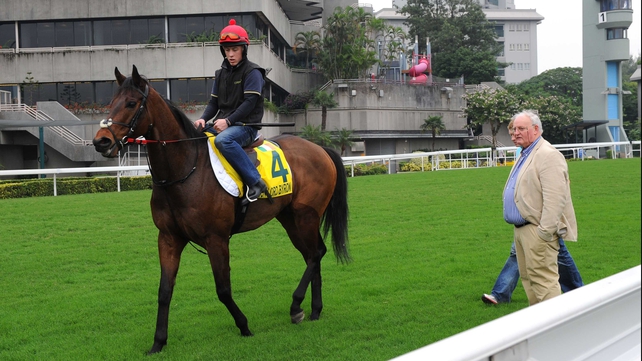 Corine Barande-Barbe's stable star was third from stall 10 last December and will try to win at the meeting for a first time in five attempts.

"Draw four is perfect for us," she said.

"We should get away nicely from there and find a good spot.

"We're very happy with that." 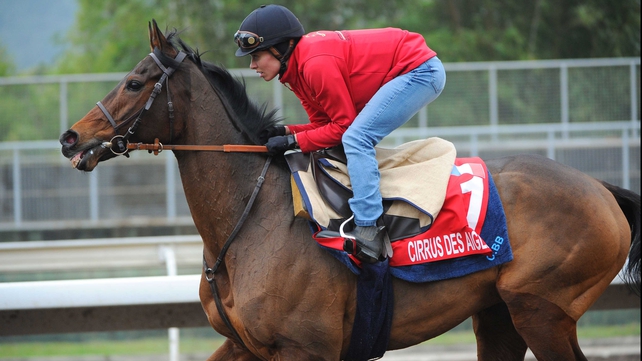 "I'm pleased. We can go forward into that first bend to take up a good spot and hopefully then be in a striking position turning for home," he said.

The ante-post favourite wears the colours of Khalid Abdullah, whose Snow Sky from the Michael Stoute stable will be in stall six.

Ed Dunlop's well-travelled Red Cadeaux, fresh from yet another fine run in the Melbourne Cup, lines up in barrier eight, while Jim Bolger's Parish Hall races from stall 10.

However, German challenger Empoli has not fared too well, having been drawn 12.

Trainer Peter Schiergen said: "It's not so good, the draw, but the main thing for him is that we get a decent pace."

David Simcock's Trade Storm and Captain Cat, trained by Roger Charlton, have been drawn in stalls five and eight respectively in the Longines Hong Kong Mile.

Simcock said: "No complaints at all with five, that's an ideal draw, I would think."