Ruby Walsh is more worried about Djakadam having had only three runs over fences rather than the fact that he is only a five-year-old ahead of Saturday's Hennessy Gold Cup at Newbury.

No horse that young has ever won the prestigious race, but Walsh rewrote the history books on the Paul Nicholls-trained Master Minded, who won the Queen Mother Champion Chase in 2008 when just five.

Trained by Willie Mullins, Djakadam was last seen falling in the JLT Novices' Chase at the Cheltenham Festival, on just his third outing over fences, and he runs off a mark of 142 having won his first two starts last season.

Speaking in his blog for Paddy Power, Walsh said: "The pundits are saying that Djakadam can't win the Hennessy Gold Cup on Saturday because he's only a five-year-old.

"They said Master Minded couldn't win a Champion Chase when he was that age. He did - so the stats are there to be broken.

"A bigger worry for me is that he has just three runs over fences and is inexperienced for a race like this."

David Pipe expects Ballynagour to run with honour, as long as his stamina holds out.

The eight-year-old claimed the Byrne Group Plate at the Cheltenham Festival in March and was second to Sizing Europe at Punchestown a month later.

Ballynagour has, however, never been campaigned over the Hennessy's extended three-and-a-quarter-mile trip, so will be taking a shot into the unknown. 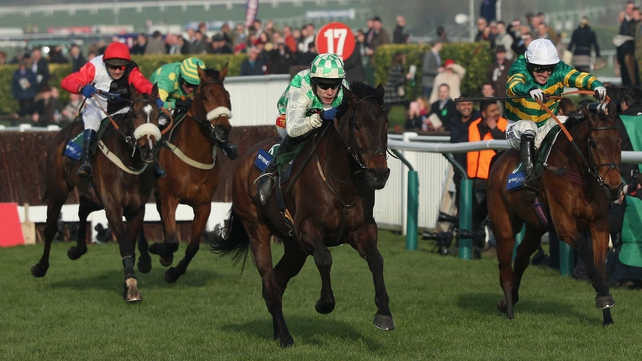 Pipe told his official website: "Ballynagour will be carrying the hopes of Pond House.

"He seems very well at home and Tom Scudamore was in schooling him the other day.

"Fingers crossed our Festival winner, if getting the trip, should run well."

Neil Mulholland has given the green light for The Druids Nephew to run at the weekend.

The seven-year-old won easily at Huntingdon on his debut for Mulholland, and then stepped up on that by finishing second to Sam Winner in the Murphy Group Handicap Chase.

His handicap mark has subsequently risen from 132 to 147, but Mulholland is not too worried on that front.

There had been a possibility of waiting for the Coral Welsh National but The Druids Nephew will definitely run at Newbury.

"He's got a nice racing weight, he worked this (Tuesday) morning and went really well, he's in good form.