Lady Cecil believes Noble Mission is in the right shape ahead of what could be a highly-charged send-off for the five-year-old in Saturday's Qipco Champion Stakes at Ascot.

Frankel's younger brother is set to have his his final start in the same race in which the equine great himself, trained by Cecil's late husband Henry, signed off his remarkable career two years ago.

While nothing like as precocious in earlier seasons, Noble Mission has thrived under more positive tactics this term and has won four times, including the memorable Group One breakthrough in the Tattersalls Gold Cup at the Curragh.

Just as crucially as he prepares for a showdown with former winner Cirrus Des Aigles, the son of Galileo acts on the soft conditions which are set to test many others at the weekend.

While Noble Mission has not appeared since being caught by Lucky Lion in the final strides of an event in Germany at the end of July, he has been taken to Kempton for a racecourse gallop and appeared in good health when wearing his usual hood in a couple of stretches up Warren Hill on Tuesday morning.

"We know he likes the soft ground, it's just a shame Cirrus does too!" she said.

"It's going to make it a hard decision for some of the other trainers whose horses haven't been on that ground before, and whether they take a chance.

"Yesterday it kept tipping down and I thought 'be careful what you wish for'. They say it should brighten up by the weekend."

As part of the priceless Frankel lineage, and now so accomplished himself, Noble Mission seems destined for stud, and Cecil said "I very much doubt it" when asked if he would be around next season.

"The race can't come quickly enough for him," she said.

"Like Frankel, he's a very sound horse, but they can step on a stone or anything. He looks in great order." 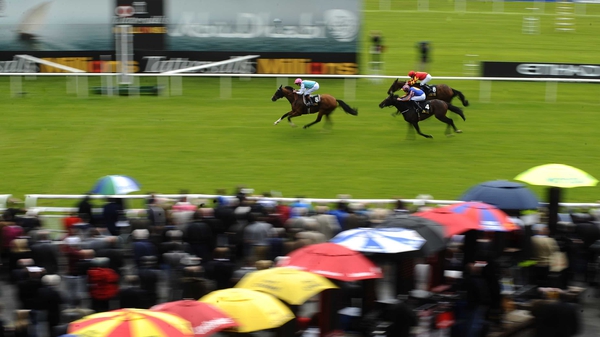