All eyes will be on the ever-popular Sizing Europe when he makes his return in the PWC Champion Chase at Gowran Park.

Henry De Bromhead's 12-year-old bids for his fourth successive victory in this race and his talent showed few signs of abating when he landed a memorable Grade 1 success at Punchestown.

The occasion also represents another landmark in the meteoric rise of young jockey Johnny Burke, who partners Ann and Alan Potts' star for the first time in public since he became their retained rider.

Those expecting a penalty kick for the perennial favourite need to reconsider, though, as Road To Riches is due to make his first appearance since landing the Galway Plate, and 2013 runner-up Baily Green is also in the line-up.

Lone Star achieved moderate form on the level but is still one to watch out for.

The champion Flat trainer fields another intriguing contender, with his first chase runner in the last five years in the Gowran Park Racing Club Beginners Chase.

Shield fell when last sighted over hurdles but was progressive prior to that and it will be interesting to see how the Ballydoyle inmate fares over fences.

The www.gowranpark.ie Handicap Hurdle is a tricky puzzle for punters to solve, with top-weight Desertmore Stream back up in trip after defeat at Listowel.

He was a winner on his first attempt beyond 2m6f when scoring at Kilbeggan so the extra yardage could make a big difference to his chances.

Cross Appeal also goes up in trip in his bid for a first success since 2011 in the M.A. Brennan Memorial Handicap Chase.

Noel Meade's charge showed a glimmer of his old ability when third at Ballybrit and a further 2lb drop can do his chances no harm. 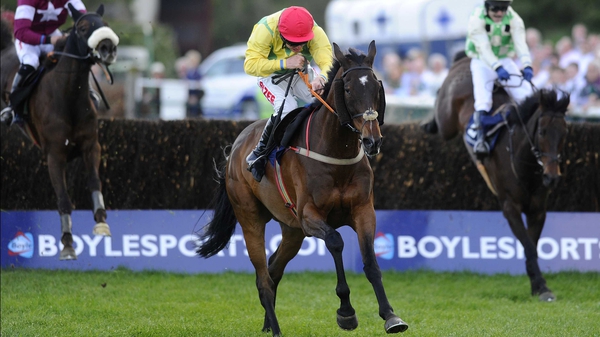