Taghrooda will have to overcome an unfavourable draw if she is to justify favouritism in the Prix de l'Arc de Triomphe at Longchamp on Sunday.

John Gosden's Epsom Oaks and King George heroine heads the market for Europe's premier middle-distance contest as she bids to bounce back from a shock reverse in the Yorkshire Oaks, but will start her race from a wide berth in stall 15.

The brilliant Treve was successful from the same stall 12 months ago, but you have to go back to Dalakhani (stall 14) in 2003 to find the last winner to triumph from a double-figure stall.

Roger Varian's St Leger hero Kingston Hill has been set an even stiffer task as he will break widest of all in stall 20.

Aidan O'Brien's Chicquita also has plenty on her plate from stall 18, but her stable companions Ruler Of The World and Tapestry are far better placed in six and eight respectively.

This year has been largely forgettable for Treve, but she is well drawn in stall three, as is the strongly-fancied Ectot in the middle of pack in stall 10.

Japanese raiders Just A Way, Harp Star and Gold Ship are in stalls 14, 12 and 2.

Unbeaten filly Avenir Certain is drawn nearest to the rail in stall one, which is also a notoriously tricky place to start. 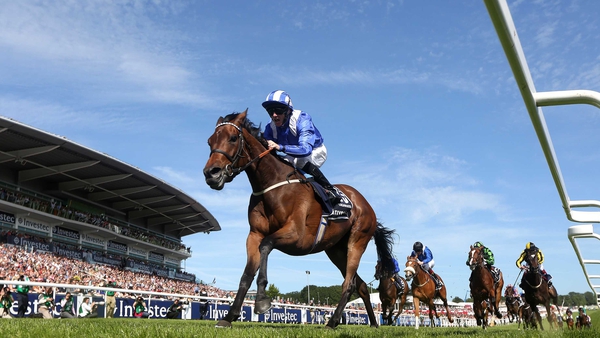